Cid Pollendina: Oh, shut up and help me remodel the Zertinan Caverns page!
Please expand this article into a full one. The following tasks need to be completed:

Across Dalmasca, Jagd Yensa and Bancour

You seem a great warrior, but it is best you avoid Zertinan Caverns. There are many fell creatures there, and of late, worse...

The Zertinan Caverns is an optional location in the land of Ivalice in Final Fantasy XII. The caverns are a vast network of caves that run under the regions of Dalmasca, Jagd Yensa, and the Bancour regions, connecting the continents of Ordalia and Kerwon. The caverns can be accessed from Dalmasca Westersand, Ogir-Yensa Sandsea, Nam-Yensa Sandsea, and the Ozmone Plain.

Zertinan Caverns can be deadly for a party wandering inside too early. It is suggested to be at least an average level of 20+. The Esper Adrammelech can be found inside, as well as numerous Hunts, and Rare Game, as well as good spoils, both from treasures and from the enemies.

A great cavern complex stretching along the length of the inland sea between Ordalia and Kerwon. Its passages twist and turn, winding their way from the Jagd Yensa to Dalmasca, and even Bancour. Labyrinthine and dark, the caverns provide an excellent place for criminals and bandits to hide from the authorities. The reaches near the Great Yensan Sandsea are known for their frequent deadly subterranean sand drifts, and the fierce wyrms that make their home there. Nearer to the Bancour, the smell of brine grows stronger, and many of the cavern mouths open out onto cliffs overlooking the sea.

In Invitation to Heresy, a treasure along the southwestern wall can be the Barbut. In the Sandfalls, the treasure in the northeast corner can be the Iron Hammer, but the player must open a path by rolling down a boulder to build a bridge to get there. The Hourglass Basin area has a cut-off area in the east accessed via a hidden passage from the Save Crystal area. The treasure at the very end can be a Chanter's Djellaba. In the northeast of the Drybeam Cavern, the player may find the Feathered Cap. In Halls of Ardent Darkness—which exits to the Ozmone Plain—a treasure can spawn with the Traveler's Vestment in the east of the area.

In the Zodiac versions, the treasures are different. One may find the Firefly accessory in the Invitation to Heresy area, and the Diamond Armlet in the Sandfalls. Halls of Ardent Darkness has numerous weapons. The Canopy of Clay has the Sight Unseeing technick.

This chests only appear in the Zodiac versions. It does not respawn.

Adrammelech is an optional Esper. To obtain him, the party must defeat him as a boss in the Athroza Quicksands area. He is a flying opponent who uses Lightning, and as soon as the player steps into the area, Shambling Corpses will emerge out of the ground and will keep on spawning at deeper areas of the cavern. This makes it an okay grinding spot after Adrammelech has been felled. 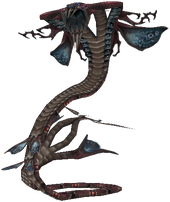 The Marilith is a Rank V Mark that becomes available after vanquishing the Wyvern Lord. The hunt is petitioned by the tavernmaster in Rabanastre's Sandsea bar. The Marilith is found in the Invitation to Heresy area, in the sunlit room (bottom right portion of map, where the shape of the room looks like the letter "C"), but the party must remain in the area for five minutes before it will show up.

Molen can be found in the Hourglass Basin part. The player needs to head into the secluded section of the area (the area with the Grenades and where the Catoblepas is fought), which can be reached via The Undershore by walking between the two "sandfalls", southeast of the save crystal. The player must wait roughly 10 to 15 seconds and they should see the Molen appear on the other side of the ravine.

To find the Alteci the player must have spoken to the "Huntmaster" in Phon Coast and defeated Thalassinon, which will trigger the start of the Rare Game quest. The player must build a chain of twelve Mallicants (or Shambling Corpses from Athroza Quicksands) in The Undershore area. Players do not need to leave and reenter to trigger the Alteci's appearance: one must simply scroll his spawnpoint off the minimap. The player should do this by going near an exit and then heading back towards the center of the room.

To make the spawning easier, the player can start the Mallicant chain in another area, as long as the twelfth perishes in The Undershore. The next area, Halls of Ardent Darkness, has many Mallicants—if the player kills eleven Mallicants here, moves into The Undershore and kills another, this will satisfy the requirements for the Alteci to spawn.

The map can be found in the lower area of The Balamka Fault, connected to Athroza Quicksands and Drybeam Cavern (lower east exit). 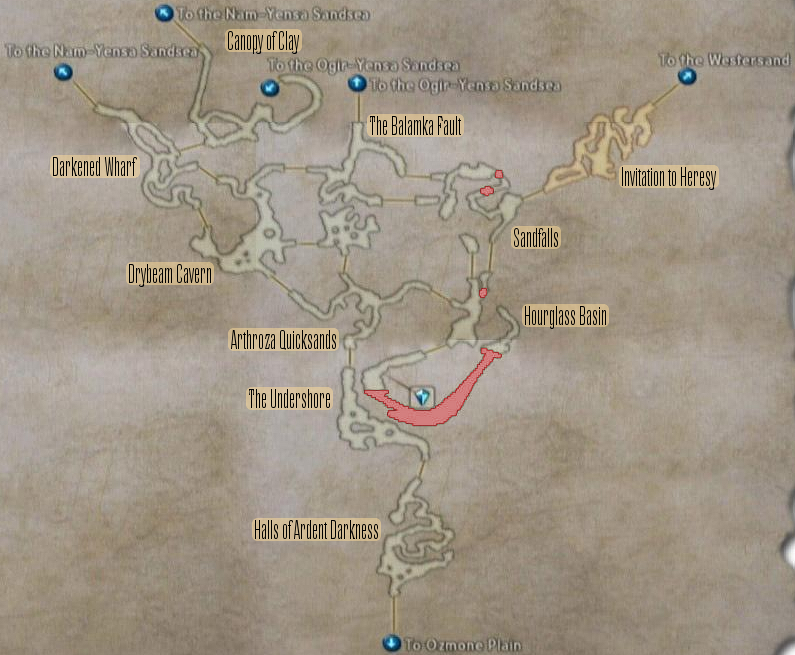 Sandpits can be blocked with boulders.

A garif says that in an ancient language, Zertinan means "the Underworld".