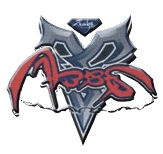 Ten years later, the Jecht Memorial Cup tournament is today! The two teams that have won through to the finals are, of course, the Abes from A-East, and the Duggles from C-South. I know there's a lot of people out there today to see the star of the Abes! In just one year, he's become the team's number one player! He's Jecht's blood, and the new hope of blitzball!

The Zanarkand Abes were one of two known blitzball teams that played in Dream Zanarkand in Final Fantasy X. Little is known about the team, except that Tidus and his father Jecht played for them. Final Fantasy X Ultimania Omega reveals Tidus debuted as a player for the team when he was 16.

Tidus wears the team's logo on his earrings, his necklace, and on his shorts, while Jecht has it as a tattoo. Yuna's Gunner dressphere in Final Fantasy X-2 also bears the logo on the chest, presumably in honor of both Tidus and Jecht.

A blitzball team in Final Fantasy X-2 bears the same name. There is also one player that resembles Tidus, though known simply as "Star Player". The player must have seen the "happy ending" and start a New Game+ to be able to unlock this team while playing blitzball. The prize is called "Right to Play the Abes!"

The Zanarkand Abes symbol is representative for both Tidus and Jecht and has thus appeared in numerous official Square merchandise, ranging from jewelry to Zippo lighters, among others. 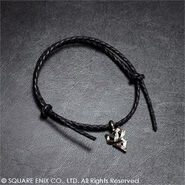 Silver charm on a leather bracelet. 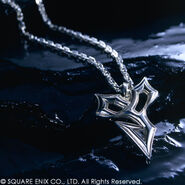 Tidus's necklace, made of silver. 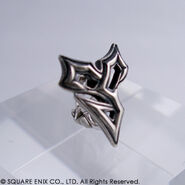 Jecht gains a costume based on the Zanarkand Abes Blitzball Uniform, as seen in the opening of Final Fantasy X. This is the outfit he wears while a Warrior of Cosmos. His shorts are gray and black, and he wears blue wristbands.

Michael Clifford of the Australian pop-rock band 5 Seconds of Summer has a tattoo of the symbol of the Zanarkand Abes on his elbow. 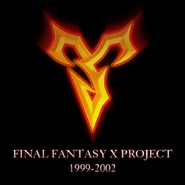 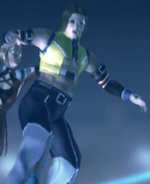 A Zanarkand Abes player in the opening to Final Fantasy X