Cid Pollendina: Oh, shut up and help me remodel the Zanarkand page!
Please expand this article into a full one. The following tasks need to be completed:

A city dead for a thousand years. A city I had to see with my own eyes. The end of Yuna's journey. The last chapter in my story.

Many summoners used to live on Besaid Island during the time of the Machina War between Bevelle and Zanarkand. Summoners are described as those with an enhanced sensitivity to pyreflies, trained to fight against Zanarkand while living a life of suppression regardless of their own desires. Summoners took the name of a "god" and once they died or became an unsent, they gave up that name, reverting to their original name with another succeeding the god's name. During this time mages and assassins from Zanarkand invaded Besaid, carrying bombs that resembled blitzballs to eliminate the summoners, and the practice of summoning was apparently wiped out from the island.

There are, in fact, two Zanarkands: the real Zanarkand that was annihilated by Sin at the end of the Machina War against Bevelle 1000 years ago, and the Dream Zanarkand, the exact reproduction of what Zanarkand was before its destruction, created directly from the memories of its former inhabitants.

The original Zanarkand was a city state whose people wished to enhance their lives using a mix of magic imbued within machina. The city state of Bevelle was militarized and focused on machina. Bevelle believed Zanarkand was planning a war and so Bevelle struck first.

During the war Yu Yevon, the leader of Zanarkand and the most powerful summoner in Spira, used this might to fight off the armies of Bevelle. They were unable to stop Bevelle and Yu Yevon sacrificed the people of Zanarkand, turning them into the fayth needed for the ultimate summoning, to preserve the metropolis in a dream state at the height of its power. Yu Yevon summoned a creature of unspeakable power to defend it, which became to be known as Sin.

Yu Yevon gave the creature two objectives: defend Dream Zanarkand and destroy any large city that relies on machina. Unable to control Sin's power, Yu Yevon's mind became consumed and the newly summoned Sin turned on Zanarkand itself, destroying the metropolis. Yevon's daughter, Yunalesca, took it upon herself to vanquish Sin and turned her husband, Zaon, into an aeon and summoned him against Sin. Sin was defeated, Yunalesca died, and Yu Yevon's spirit possessed Zaon's aeon and made him into the new Sin. Yunalesca stays in Zanarkand as an unsent to pass on the wisdom of the Final Summoning, the only means of "defeating" Sin.

A thousand years later the Zanarkand Ruins is the final destination of the summoners' pilgrimage to defeat Sin, Yunalesca and Zaon's feat having been made dogma by the Temple of Yevon and propagated as the only means to ridding Spira from Sin with the people's atonement. Known as a holy place by Spirans, the ruins are unseen by all except the few summoners and their guardians who prove themselves worthy. Zanarkand has become mythologized as a fabled land at the end of the world where summoners can obtain the Final Aeon. Swarming with pyreflies, Zanarkand is a haven for many fiends, including zombie forms of Warrior Monks who lost their lives during the Machina War.

Summoner Yuna and her guardians journey to Zanarkand and set up camp outside the ruins before continuing. The pyreflies react to memories and recreate events from times past. During their journey through the ruins, Tidus, Yuna and their comrades witness visions of their predecessors, including Lady Yocun, a young Seymour and his mother, as well as Braska, Jecht, and a young Auron. Upon entering the Zanarkand Dome and completing the Cloister of Trials, one last challenge awaits the travelers: the Spectral Keeper. When the monster has been defeated Lady Yunalesca welcomes the summoner and the guardians and bestows upon them the Final Aeon, albeit at a heavy price.

Outside the Zanarkand Dome the party spots Sin, but it appears mournful rather than aggressive. One of Yuna's guardians, Tidus, silently promises Sin they will find another way to release it, for Sin's core is Tidus's father, Jecht, who was made into the Final Aeon during a previous pilgrimage. The party is picked up by Cid's airship, the Fahrenheit.

If the party returns to Zanarkand, they may find Summoner Dona and her guardian, Barthello, mourning the lack of Final Aeon (only if the party encouraged her to keep with her pilgrimage earlier), and if they descend to the dome again they are attacked by Dark Bahamut.

During the Eternal Calm, Cid and Isaaru turn Zanarkand into a tourist attraction and people from all over Spira come visit it. Buddy detects sphere waves emanating from the Zanarkand Ruins, and Yuna, Rikku, and Paine go investigate. To the trio's shock, the ruins have become a tourist attraction, learning from Isaaru it was Cid's idea. He leaves since he has work to do. The Gullwings meet Pacce and his group the Kinderguardians. Afterward, they run into some of Leblanc's goons, whom they defeat.

Finding Cid, Yuna and Rikku berate him for turning Zanarkand into a gift shop with Rikku comparing it to turning the ruins of Home into a theme park. Cid realizes his mistake and leaves for the Thunder Plains. On top of the ruins, a voice "taunts" Yuna's party, saying that they won't be able to easily take their treasure. They recognize the voice as Isaaru, who explains that he provides excitement for the tourists. He apologizes for the quiz, gives Yuna a Garment Grid, and leaves.

Finding a cave nearby, Yuna, Rikku and Paine reach the treasure sphere, but are ambushed by a Guardian Beast. After they slay the beast, they find that the sphere is broken in half, but take it anyway.

Yuna's party can let monkeys overpopulate the ruins by placing them next to their soulmates. With the monkeys overpopulating the ruins, the tourists leave, finally leaving the ruins in peace. The Gullwings later meet Maechen in the now abandoned Zanarkand, and discover he is an unsent. Ready to rest in peace, Maechen departs on the Farplane. If Yuna asked the fayth to revive Tidus*(and the player has 100% story completion) the two travel to Zanarkand Ruins where Tidus ponders about how the fayth put him back together again, and how they should enjoy the time they have together.

The camp site is where all summoners and guardians rest before they enter the dome and complete their pilgrimage.

The Road to Zanarkand is lined with the ruins of fallen buildings and roads. The entire area is covered in pyreflies.

The Zanarkand Dome is the ruins of the former temple and government seat of Zanarkand. Its architecture resembles the blitzball stadium in Dream Zanarkand.

Sending a chocobo to Zanarkand Ruins to look for treasures finds the following items (depending on the chocobo's level):

This is a compulsory mission required to complete the game.

Treasure Sphere Waves have been traced to the Zanarkand Ruins, once holy ground. Don't be the last sphere hunters to claim the prize!

The tourists are gone. Those monkeys did a pretty good job protecting the place. Not bad, monkeys!

Cid and Isaaru have left the Zanarkand Ruins and the monkeys have taken over. The atmosphere has finally returned to how it was like two years ago with Yuna and her guardians.

To get Episode Complete in Zanarkand, the player must follow these steps:

Zanarkand is known for the Episode Complete bug. If the player completes the episode in Zanarkand last they won't be transported back to the Celsius and thus the scene where the Gullwings earn the Mascot dressphere is never triggered, even if the player fulfilled the requirements for it. The player stays in Zanarkand, so they can talk to Maechen without having to revisit. However, if the player has not yet completed the Den of Woe or the Chocobo Ranch sidequests, this will remedy the problem as they will be transported back to the Celsius upon completion.

Forget the tourists... now people are saying they want to live here! Guess a new age is coming for Zanarkand.

Yuna failed to chase the tourists away, so more and more people gather at the once hallowed ground.

This section about a location in Final Fantasy X-2 is empty or needs to be expanded. You can help the Final Fantasy Wiki by expanding it.

The party does not perform victory poses in Zanarkand, but keep their battle stance.

The Zanarkand theme also makes an appearance during Dissidia Final Fantasy as the background music during Tidus's story segment.

An entirely new track for the ruins, called "Zanarkand Ruins" on the original soundtrack, plays in Final Fantasy X-2. The track is arranged on a solo piano in the Final Fantasy X-2 Piano Collection album.

One of the rooms from the Online Lobby is named Zanarkand.

Zanarkand is present as a room for preset characters of the Multiplayer Mode Online Lobby.

Zanarkand, both during day and night, appears as the Field Music Sequence for "Zanarkand", and "A Fleeting Dream" respectively. The former only appears during a Dark Note.

Zanarkand is the FMS for "Zanarkand", "A Fleeting Dream", and "KUON: Memories of Waves and Light".

The Zanarkand Ruins appears as a downloadable world.

Tidus is at the top of his game as star of the blitzball team the Zanarkand Abes. He is playing in the Jecht Memorial Cup tournament, when an immense creature attacks the city.

Defeat Sinspawn Ammes without being KO'd. 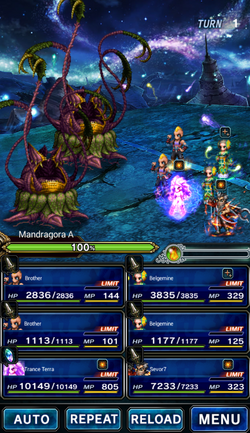 This section about a location in Mobius Final Fantasy is empty or needs to be expanded. You can help the Final Fantasy Wiki by expanding it.

According to the Final Fantasy XIII-2 Ultimania Omega, Gilgamesh found his version of the Muramasa blade in Zanarkand Ruins.

Concept art for Zanarkand in its earliest stages when it was envisioned to be called "Registan".

Zanarkand in the movie sphere in Final Fantasy X.

Image of Zanarkand during the concert in Final Fantasy X-2.

Illusions of Zanarkand created by Trema in Final Fantasy X-2.

The name Zanarkand comes from Samarkand,[1] [view · edit · purge]Samarkand is a city in modern-day Uzbekistan that was once a wealthy city on the trade lines between China, India and the Arabic empires.

In the original plot draft for Final Fantasy X, Zanarkand was called Registan, but the name was changed because an actual place of the same name exists. It was Kazushige Nojima's idea to use a name ending in either "-stan" or "-kand".[2]