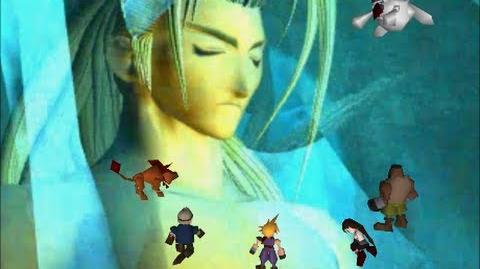 The Yuffie warping glitch is a glitch in the PC and mobile versions of Final Fantasy VII that allows the player to go to almost any point in the game at any level and within any in-game hours.

To perform the glitch, at least one save file in which the player has not obtained Yuffie yet is required. The glitch is activated by getting a game over in any non-world map battle or in the Diamond Weapon boss battle, then reloading a save file on the world map and attempting to recruit Yuffie, without entering a field map in between the game over and the Mystery Ninja encounter.