You spoony bard! is a quote from Final Fantasy IV, and is one of the best-known and recognized quotes in the Final Fantasy series. Famous for its outright silliness and used as an example of poor translations, it has entered popular culture and been referred to outside the Final Fantasy fandom. The line itself is spoken by Tellah as an insult to Edward Chris von Muir.

Tellah is on a journey to Damcyan to recover his daughter, Anna, who eloped to the kingdom with a bard (Edward in disguise) against Tellah's wishes. Upon Tellah, Cecil, and Rydia arriving at Damcyan, the castle is bombed by the Red Wings airship fleet. In the castle's throne room, the three find Anna lying mortally wounded. When the bard steps into the room Tellah flies into a rage and attacks him, shouting various insults, including, "You spoony bard!"

The original English translation of Final Fantasy IV for the SNES is often misattributed to Ted Woolsey. Woolsey is known for his work translating Final Fantasy VI, where similar silly and nonsensical lines, such as "son of a submariner!", were used. However, the translation of Final Fantasy IV is credited to Kaoru Moriyama, K. Okahisa, and H. Takahashi. The word "spoony" means "enamored in a silly or sentimental way". Thus, Tellah's usage of the word to refer to Edward is apt at describing Edward's actual character, but the term is considered archaic, and Tellah's use of such a mild insult given his anger is unlikely. Additionally, Tellah's impression of Edward at this point was of a simple bard who had manipulated Anna into eloping with him, not someone who was foolish and genuinely loved her.

The size of the battle dialogue box and concerns over censorship by Nintendo of America likely influenced the words used; Japanese writing systems use fewer characters than English to construct sentences, meaning Tellah's dialogue had to be truncated (as with dialogue throughout the Super NES localization of Final Fantasy IV), and usage of curse words or other harsher insults may not have been permitted at the time.

The line has become so well-known, it has been kept in all the remakes of Final Fantasy IV when most of the rest of the script has been retranslated. In the Nintendo DS release, "Tom Retranslattery" in the Developer's Office comments on the line being kept after re-translation: "The Sand Ruby wasn't a ruby and the Twin Harp, as it were, was no harp at all. Turns out the bard really was spoony though—we checked!"

Various other Final Fantasy titles refer to the line as well:

Though it is largely an in-joke to English-speaking fans, numerous other references to the line have sprung up in popular culture.

The following is a transcript of the conversation in the original Super Famicom release of Final Fantasy IV.

Tellah
original: きさま あの時の吟遊詩人！ きさまのせいでアンナは！
literal: You! You're that damn bard! Because of you, Anna's...! (The word used for both instances of "you" is "kisama", the single rudest way to say "you" in Japanese. Because of its harshness, "kisama" is somewhat akin to "you bastard" or "you son of a bitch" in English.)
SNES: You're the bard! You did this to her!

Tellah
original: きさま よくも娘を・・・・
literal: How dare you do this to my daughter... (Again, "kisama" is used for "you".)
SNES: You swindler!

Edward
original: ちがうんです！
literal: It's not like that!
SNES: Please! Listen!

Tellah
original: なにがちがうと いうのだ！
literal: How the hell could it not be like that!?
SNES: You spoony bard!

The dialogue was considerably shortened for all subsequent releases of Final Fantasy IV. Tellah cries "You spoony bard!" at the beginning of the cinematic battle with Edward, rather than at the end. The rest of the fight proceeds much as the original Japanese dialogue in the SNES release.

Tellah: You! You're that bard! Anna ran away because of your treachery!
Tellah: You spoony bard!
Edward: No, wait!
Tellah: Die!
Edward: P-Please! Listen!
Tellah: Shut up!
Edward: Forgive me, please!
Tellah: Take this!
Edward: Agh!
Anna: Edward! Father! Stop!

Tellah: You—you're that bard! You're the one responsible for this!
Tellah: You spoony bard!
Edward: Please, things are not as you believe!
Tellah: I see quite well how they are!
Edward: I beg you, hear my words!
Tellah: Choke on your words!
Edward: Please, I implore you!
Tellah: Know this pain—Anna's pain!
Edward: But, Anna and I-
Anna: Edward, Father, please stop this.

Tellah: You! You're that bard! Anna ran away because of your trickery!
Tellah: You spoony bard!
Edward: No! Wait!
Tellah: Die!
Edward: P-Please! Listen!
Tellah: Shut up!
Edward: Forgive me! Please!
Tellah: Take this!
Edward: Agh!
Anna: Father! Stop!

Tellah: You! You're that bard! Anna ran away because of you!
Tellah: You spoony bard!
Bard: No! Wait!
Tellah: Die!
Bard: P-please! Listen!
Tellah: Shut up!
Bard: Forgive me! Please!
Tellah: Take this!
Bard: Ouch!
Anna: Father! Stop!

The line in the Nintendo DS release.

The line in the PSP release.

The line in the iOS release.

The line in the PC release.

The line in Pixel Remaster.

Allusion in Final Fantasy IV: The After Years. 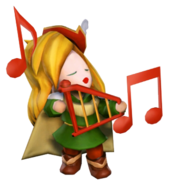 Allusion in Final Fantasy Tactics: The War of the Lions.