Yojimbo is a fire-elemental Eidolon that appears in Final Fantasy Dimensions II. There are two versions of Yojimbo available in the game; Wrieg's version, which teaches Mineuchi abilities, and a stronger version available to Parai, which teaches him Triple Wakizashi Slash abilities. Wrieg's Yojimbo signet can be obtained as the first-time completion reward for the "Ifrit" side quest in the Present Ifritia Mine, while Parai's version can only be obtained by completing Parai's sixth character episode, "The Future Parai Saw".

In the original free-to-play versions of the game there were three variations of the Yojimbo signet that would eventually become exclusive to Wrieg; one that taught Fira abilities, another version that taught Mineuchi abilities, and a third version that taught Nitoichi abilities. The version of Yojimbo that would become exclusive to Parai was originally a unique version known as Yojimbo α (ヨウジンボウ α, Yōjinbō α?), which also taught Triple Wakizashi Slash abilities. Both versions of the signet could only be obtained through the game's summon draw shop.

Yojimbo's artwork is based on his original appearance in Final Fantasy X. As the signet evolves, the artwork begins to feature both Yojimbo and his faithful canine companion, Daigoro.

Both versions of Yojimbo share the summon attack of Zanmato, which deals moderate fire-elemental damage to all enemies and has a chance to inflict stun. Summoning Yojimbo costs 3 bars from the Summon Gauge.

The following are the abilities Wrieg can learn from his version of Yojimbo:

The following are the abilities Parai can learn from Yojimbo: 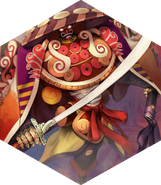 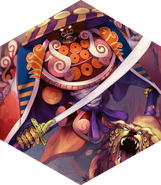 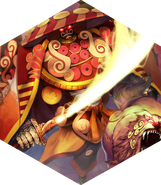 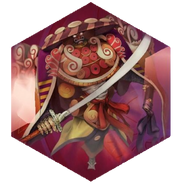 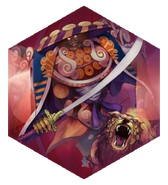 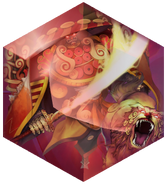 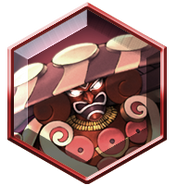 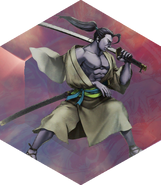 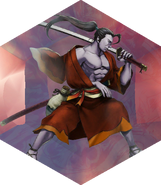 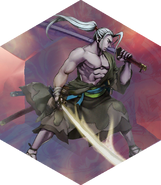 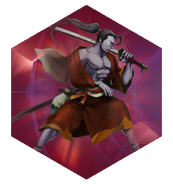 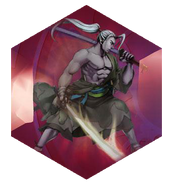 [view · edit · purge]Yōjinbō (用心棒?) means "bodyguard" in Japanese. One of the most notable fictional uses of the yojimbo is the 1961 period drama film directed by Akira Kurosawa. It is the story of a ronin, a wandering lordless samurai, who arrives at a village beset by two rival crime lords in the Edo period of Japanese history.