Satoshi Nakai
Ymir is a wind-elemental Eidolon from Final Fantasy Dimensions II. It can be obtained as a signet for Parai to equip by completing the "Rumors of Ogres" side quest in the Middle Ages.

Ymir's signet provides improved stats for Parai the moment it can be obtained, serving as an immediate replacement for his default signets. Its Reflect Guard abilities are useful when fighting magic based enemies and bosses, as they allow Parai to reflect magic based attacks (such as Katon and Blizzard) back to their casters.

Ymir's special attack is Guard Breath, which bestows continuous healing and raises the defense of all party members. Summoning Ymir costs 1 bar from the Summon Gauge.

The following are the abilities Parai can learn from Ymir:

In the original free-to-play versions of the game, Ymir's signet could only be obtained by participating in the "Magitek Armor Destruction Mission" event during the game's time as Final Fantasy Legends II. Its signet allowed the wielder to perform Megavolt abilities. In order to evolve Ymir's signet, players needed to obtain Magicite materials available during the event. Ymir was an SS rank summon and could be equipped by any party member. 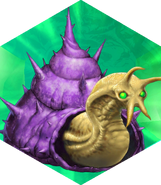 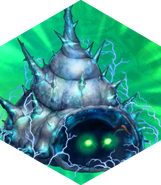 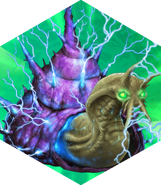 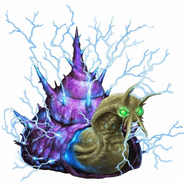 [view · edit · purge]In Norse mythology, Ymir is the father of the race of giants and the grandfather of Odin, King of the Gods.