A hand-to-hand weapon from a faraway world. It was constructed from the claws of a fallen dragon. In its world of origin, it is said to be obtainable in the golden-monster-infested mansion Goldor Manor.

Wyvern Claws (ひりゅうのつめ? or 飛竜の爪, Hiryū no Tsume?, lit. Flying Dragon Claws), also known as Dragon, is a recurring weapon in the series.

Wyvern Claws is a mid-ranked knuckle that provides 51 Attack (48 in the NES version), +4 Agility, and is Wind-elemental. It can only be equipped by the Onion Knight, Monk, and Black Belt classes, and can be found as treasure at Goldor Manor.

Wyvern Claws (FFIII) is a Fist obtained during the Final Fantasy III exploration event, Goldor Manor. It provides 64 ATK and is Wind-elemental. 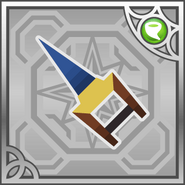 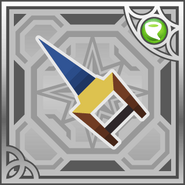