The Womb of Feolthanos is a location in Final Fantasy XII: Revenant Wings. It is the area where the final battle against Feolthanos is fought.

The party enters the Womb of Feolthanos via a doorway behind Feolthanos's throne in the Keep of Forgotten Time. The entrance is simply a beam of light etched into the back wall, which the party passes through to find themselves in a shadowy forest area, which they compare to the scenery in Lesrekta, Isle of Illusions. This is because both places are heavily surrounded by Mist, which creates an aura of illusion.

The party must fight two missions against various Yarhi and aegyl before they reach the final battle.

Mission 44: Waiting in the Wings[]

All feeling turned to cinder in flames of hatred, the Eternal spreads his profane wings, becoming a great and terrible Yarhi. The curtain rises on the final act of his despotic reign.

This is a standard monster battle. However, Summoning Gates are also present, and the party must capture all six of them to be victorious. 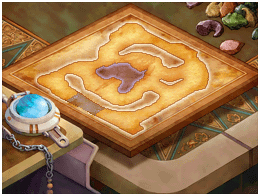 Beset on all sides by relentless Yarhi, the party presses forward with renewed conviction. There can be no rest until the Eternal is free of the bonds that bind him and his people.

This is a Soul Crystal battle; but the odds are stacked against the party because the enemy has one of these reviving crystals and the player does not. The entire enemy Troupe of Yarhi is non-elemental, and as such the party cannot take advantage of any elemental weaknesses. 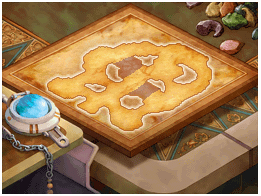 Vaan and his companions stand before the Eternal to restore Llyud's anima - the anima of all the aegyl. The final battle is at hand!

The Final Battle is against Feolthanos Exultant, who is split into three parts: Feolthanos Sinis, the left arm, Feolthanos Dex, the right arm, and Feolthanos Medi, the head. All parts are stationary, and the party must approach each section to destroy it. In addition, a circle of light near each component will continuously spawn Wing Wraiths throughout the battle, until the Leader is destroyed. Bahamut is summoned by Feolthanos Medi after it loses a certain amount of health. 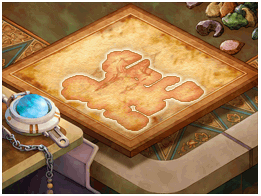