A geomancy skill that inflicts damage with the power of the surrounding terrain.

Will-o'-the-Wisp (鬼火 or おにび, Onibi?), also known as Will o' Wisp, Will-o-Wisp, Ignis Fatuus, Elf Fire, or Demon Fire, is a recurring ability in the series. It is often used by ways of the Geomancer ability Terrain, and often deals Fire-elemental damage and inflicts Confuse to one or all enemies.

Will o' Wisp is an ability used exclusively through the Terrain command, and while the battle takes place on or at the Swampland, Caves, Pyramid of Moore, Mountain Caves, Interdimensional Rift, Istory Falls, Ship Graveyard, and Library of the Ancients. It deals unblockable Fire-elemental damage to one enemy with a 50% chance of inflicting Confusion.

Will-o'-the-Wisp (Demon Fire on the PlayStation) is a Geomancy ability usable only when standing on the Wooden Floor, Carpet, Coffer, Stairs, and Wooden Deck tiles. It deals Fire-elemental damage and can inflict the Sleep status on all enemies within range of the targeted panel. It requires 150 JP to learn. 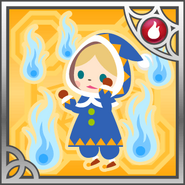 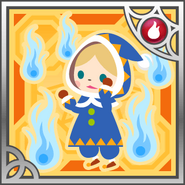 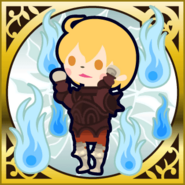 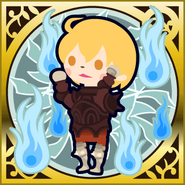 Forest Nocturne (Will o' the Wisp) in Pictlogica Final Fantasy. 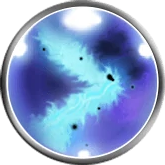 [view · edit · purge]A will-o'-the-wisp are atmospheric ghost lights seen by travellers at night, especially over bogs, swamps or marshes. It resembles a flickering lamp and is said to recede if approached, drawing travellers from the safe paths. The phenomenon is known by a variety of names, including jack-o'-lantern, friars's lantern, hinkypunk, and hobby lantern in English folk belief, and is well attested in European folklore.

In the Japanese version, Will-o'-the-Wisp is called Onibi. [view · edit · purge]Onibi (鬼火?) is a type of kaika in Japanese legends said to be the spirits born from the corpses of humans and animals. Sometimes the words "will-o'-wisp" or "jack-o'-lantern" are translated into Japanese as onibi.

[view · edit · purge]The Ignes Fatui, "Fires of Fools" in Latin, are a chemical phenomenon in real life. The oxidation of characteristic chemical compounds commonly found in bogs and swamps, produced by the decay of organic matter, cause glowing lights to appear in the air. These lights are commonly referred to as will-o'-the-wisps. The singular is ignis fatuus.

Elf Fire is another name for Ignis Fatuus. [view · edit · purge]An elf is a type of supernatural being in Germanic mythology and folklore. Reconstructing the early concept of an elf depends almost entirely on texts in Old English or relating to Norse mythology. Elves entered the 20th-century high fantasy genre in the wake of works published by authors such as J. R. R. Tolkien.