A tooth from an ice-breathing dragon.

The White Fang (しろいきば, Shiroi Kiba?), also known as Blizzard and Wh.Fang, is a recurring item in the Final Fantasy series. It typically does either Ice or Lightning damage to enemies.

The White Fang deals Ice-elemental damage to enemies. It is found in Earthgift Shrine, Lifespring Grotto (x2) and Whisperwind Cove (x7) and dropped from Wild Nakk and Dark Wolf.

The White Fang (Blizzard on the SNES and Wh.Fang on the PlayStation) deals Ice-elemental damage to enemies, and the damage is equal to half the maximum HP of the user. It is dropped byFrostbeast (2D and 3D), Ice Lizard (2D and 3D), Blue Dragon (2D and 3D), Chimera Geist (2D only), Crystal Dragon (2D only) or stolen from Blue Dragon (3D only).

In the North American and Easy Type SNES releases, the item could not be obtained.

The White Fang deals Ice-elemental damage to all enemies. It is found in Ceodore's Tale in Baron, Kain's Tale in Baron Castle (East Tower 3F), Palom's Tale Challenge Dungeon (Bridge Floor), Edge's Tale in Tower of Trials (Izayoi's Tale), Edward's Tale Challenge Dungeon (possible randomly placed treasure), the Lunarians' Tale in Lunar Subterrane (B4), and The Crystals chapter in Damcyan Castle Treasury, Lodestone Cavern B5, Subterrane B4 and B8, and Depths B14.

The White Fang deals Lightning-elemental damage to all enemies. They can be found in treasures in Nabreus Deadlands. They are also used by the Baknamy.

In the Zodiac versions, it is called Lightning Fang.

A whitish fang that appears to be the remnant of an ice beast. The power of ice stored within can be unleashed to consume a group of foes in a blustery blizzard. Cold to the touch, it is often transported within cloth made form the same materials as a lunar curtain, to prevent the slightest misstep from setting off a violent snowstorm. 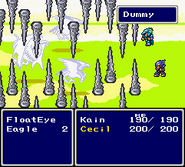 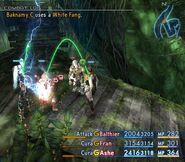 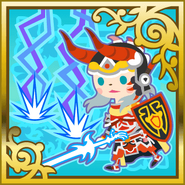 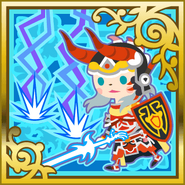 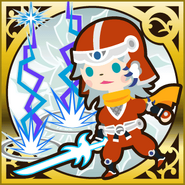 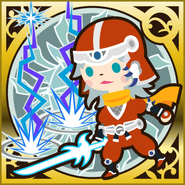 [view · edit · purge]A blizzard is a severe snowstorm caused by strong sustained winds of at least 56 km/h (35 mph) and lasting for a prolonged period of time – typically three hours or more.