Wererat (ウェアラット, Wearatto?), also known as Were-Rat, is a recurring enemy in the series, appearing since Final Fantasy II.

The Wererat is an enemy fought at Kashuan Keep, the area around Dreadnought, and at the Tropical Island. They always come in groups of two to five, and can inflict Poison with their regular physical attacks. Otherwise, they are not difficult to defeat for players that have leveled up a fair amount before entering the areas these enemies are fought at.

The Wererat is an enemy fought within Nepto Temple in the final room where the boss Giant Rat is, being a danger to the party as they must face them while under Mini status. They only use regular physical attacks to fight the player.

The Wererat is an enemy fought at the Narshe Mines. As they are fought in the starting area of the game, they are of little threat to the player.

Wererat is the most common enemy in the game. It is a weak enemy that attacks in packs, found in various areas around Midgar. 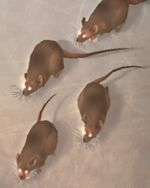 The Dire Rat is an enemy fought at the Garamsythe Waterway and at the start of the game with Vaan. They are the weakest enemy in the game, providing little challenge to the player, but having useful rewards to win from them at that point in the game they are encountered.

The Wererat is an enemy found within Cave in Floatrocks, Glaive Castle, and Kett. They have a chance of dropping Cure.

The Wererat is an enemy fought at the Crystal Temple and Below Castle Lux. They are of little threat to the player as they only attack with a weak Bite attack. 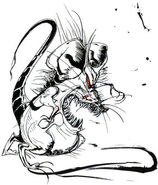 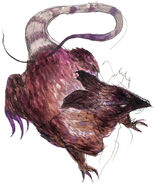 [view · edit · purge]A wererat is a therianthropic creature in the shape of a rat. The term is a neologism coined in analogy to werewolf, used in the fantasy or horror genre since the 1970s. The concept has since become common in role playing games and fantasy fiction inspired by them. Were-rats are commonly portrayed as sewer-dwelling scavengers and opportunistic thieves.

Enemies
Retrieved from "https://finalfantasy.fandom.com/wiki/Wererat?oldid=3306578"
Community content is available under CC-BY-SA unless otherwise noted.