Water-based. So soft, it's hard to damage physically. Weak against lightning, so blast it with Lulu's Thunder spell. Don't use Water or it will recover HP.

The Water Flan is an enemy from Final Fantasy X found in on Besaid Island with other fiends. It is also the enemy during the tutorial for Black Magic.

It is a blue gelatinous monster with red eyes and insides. A stronger version exists in the Aqua Flan.

Water Flan will cast Water at a single party member every turn. As with other Flan, it has extremely high physical Defense. In the Besaid tutorial battle, the Water Flan is immune to Bribe and Threaten and has a Doom count of 3. It will also heal itself with Water when its HP drops below half, and only attack if struck four times.

In the the tutorial battle, Tidus is instructed to attack the flan, after which Lulu joins the fray and explains black magic and elements. If the player grinded Tidus to be strong enough to defeat the Water Flan in one regular hit (would take excessive amount of time in a normal playthrough), the flan dies but Lulu joins and gives the lecture anyway. If the player then used a spell other than Thunder on the Flan, and thus failed to do much damage, Lulu would act flustered. Wakka scolds her for messing around if she casts Water on the flan, and tells her to hurry up if she casts Fire or Blizzard. The flan will eventually attack her and the player will regain control of the party.

Water Flan will drop armor with Water Ward or Waterproof with possibly an empty slot. It will also drop weapons with Waterstrike and possibly Piercing for Auron and Kimahri.

Flan can be easily defeated by casting a spell of the opposing element; in Water Flan's case, Lightning. A piercing weapon with Lightningstrike will also defeat it quickly. 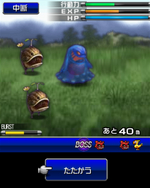 This section about an enemy in Final Fantasy Artniks is empty or needs to be expanded. You can help the Final Fantasy Wiki by expanding it. 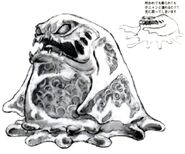