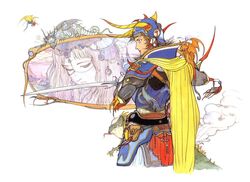 The Warrior's second alternate costume, "Knight in Shining Armor", is an updated version of his appearance during EX Mode in Dissidia Final Fantasy.

Warrior of Light I. 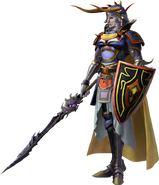 Knight in Shining Armor I.

Nameless Warrior I.
Add a photo to this gallery

The Warrior of Light is pragmatic. While he still possesses a strong attachment to World B and treats Materia with proper respect, he does not mindlessly heed her orders to fight Spiritus and questions her motives. Knowing they are bound to face each other, his relationship with Garland becomes less belligerent and he is willing to put aside personal differences to achieve a common goal. When the champions of both sides come a truce, the Warrior shows a rare moment of lightheartedness when he laughs at the miracle of both sides working together. 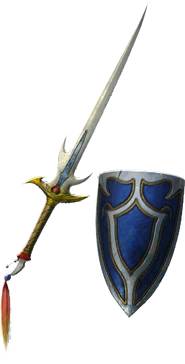 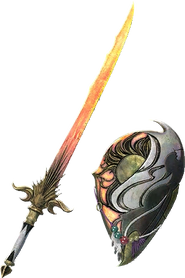 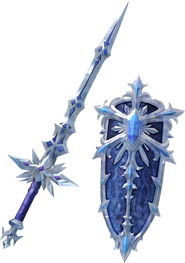 WoL's Barbarian's Sword & Aegis.
Add a photo to this gallery

Warrior of Light with Onion Knight and Terra Branford. 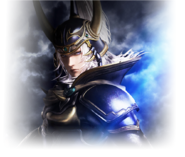 The team ready for battle.

Allusion to the opening of original Final Fantasy as well as ending of Dissidia. 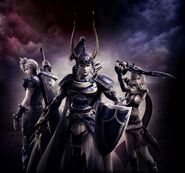 Warrior of Light in a Promotional artwork for Dissidia NT.

Close up of the Warrior's face for the Dissidia NT Japanese Beta announcement.

Warrior of Light from the arcade tutorial. 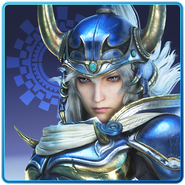 Warrior of Light alongside the other 14 main characters.

Helmetless Warrior Of Light Close-Up.
Add a photo to this gallery