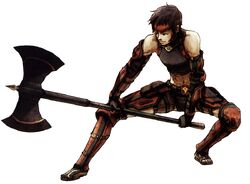 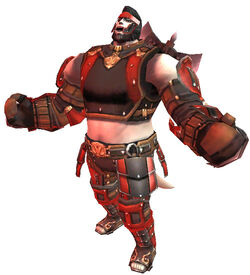 Ninja is the most common support job for warriors after level 20. The ability to Dual Wield is highly valued. Some Warriors wield two axes, allowing them to do great damage and gain TP quickly. Utsusemi is helpful to avoid physical attacks when the Warrior gains the greatest enmity after a weapon skill or in case they need to Provoke to save other party members.

Samurai is a valuable support job for Warriors who want to use great axe, great sword, or polearm at high levels. Samurai both helps the Warrior gain TP quickly through its Store TP trait and Meditate, but it also provides the ability Hasso which gives haste, accuracy, and a strength boost to users using a two handed weapon. 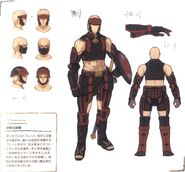 A Mithra Warrior in Artifact Armor.