Ward is a temporarily playable character in Final Fantasy VIII. He is playable during dream sequences, and is in Laguna's party. He wields a giant harpoon which he throws at an enemy, and then runs up to retrieve it for another attack. His Limit Break is Massive Anchor, which hits all enemies. As with other characters in the game, a Triple Triad card based on Ward can be obtained. 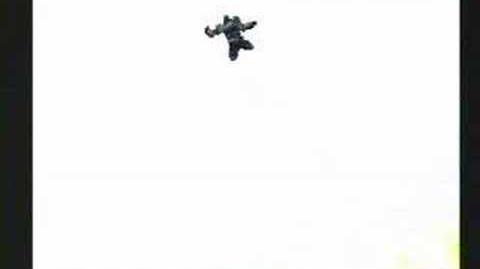 When playable, Ward takes on the level and junctions of someone in Squall's party; Squall himself always inhabits Laguna in dreams. During the D-District Prison scenario, Zell Dincht is implied to have inhabited Ward in a dream, but this scene is not playable. Being playable only in dreams where junk shops are not even available, Ward's weapon cannot be upgraded. His intro pose is to rest his harpoon on his shoulder before thrusting it into the ground. His victory pose is to rotate his harpoon over his head and rest it across his back.

Ward's Limit Break is the Massive Anchor, which allows him to throw the harpoon into the air and jump after it. Once caught, he rides it down into the ground, creating a shockwave that damages all enemies. It is similar to a Dragoon's Jump attack. Massive Anchor's attack power is 150, even higher than that of Lion Heart, but it only hits once.

Ward is a Level 10 Character Card in Triple Triad used for playing the minigame and for turning into 3 Gaea's Rings with Quezacotl's Card Mod. The card is held by Dr. Odine of Esthar.

During the bit Squall visits Rinoa in the Balamb Garden infirmary he has a dream that transports him to the Vienne Mountains where Laguna and his friends are shooting a movie. If the player found Timber Maniacs #9 before the dream is played in the game, Ward will not appear alongside Laguna and Kiros. This will make the scenario's Ruby Dragon battle easier, as it won't use its Breath attack when there are only two party members in the battle. If the player forgoes reading the magazine before this dream, Ward will be in the dream and playable in the battle against the Ruby Dragon.

Timber Maniacs #9 is found in Shumi Village, in the Artisan's house.