Mission 57 - What's Yours is Brine[edit source] 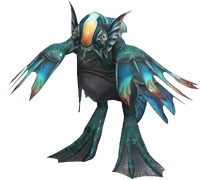 Blitzing always works. You might want to put a few debuffs on them though. Go for the Alraunes first.

Mission 58 - The Culler of Many[edit source] 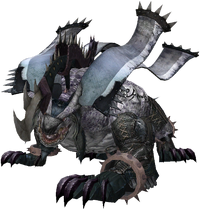 Debuff and stagger. That's it.

You should probably be careful with this fight. Blitz and kill the fish-frogs first then just the same thing with the other Zirnitras. 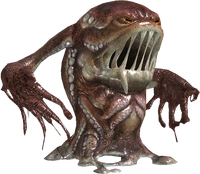 For this battle, you should have a very strong party. Use a Deceptisol and other shrouds if you want. Ussing Aggression will help you take out 2 of them easily. The other Commando keeps the stagger bar from going down. When two of them are gone, the Guerilla paradigm will come in handy. Once you're ready, switch to Tri-disaster and stagger it.

Use a Deceptisol for this battle. Get 4 debuffs on it, then switch to your best paradigm and take it down. 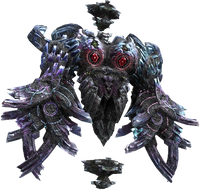 Debuff them with Imperil while the Synergists buff the party. Switch to Solidarity when the HP goes yellow. Switch to Smart Bomb to add debuffs that Lightning doesn't have. When you're set, switch to Tri-disaster and stagger one of them. When it's staggered, switch to Smart Bomb and debuff it with at least Deprotect and it'll die quickly. Repeat for the next one. 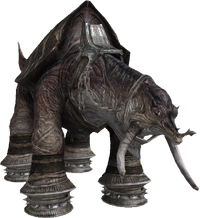 It's not much different from an Adamantoise. Have Vanille, Fang and Hope in your party. Immediately summon Hecaton. Debuff it with Deprotect, Deshell and Imperil and then spam Death until your party returns. Don't go into Gestalt Mode. It's best if you switch Paradigms during the animation sequence for Death. Switch to Guerilla if Fang is done with her debuffing. Hope needs to put on atleast 4 buffs on each part member. Once he's done with that, go through a round of Tri-disaster to build the chain gauge, then switch to Smart Bomb to continue spamming Death. 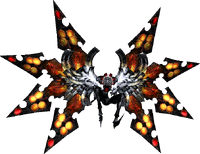 The mission where the Cie'th Stone and the mark are on the very opposite sides of Gran Pulse. Yay for Waystones, eh?

To make things easier, use a Fortisol and Aegisol before the battle. Use Libra too. Get 5 debuffs on it, especially Slow, then switch to Relentless Assault. Putresence will cause your buffs to go away. When it uses Impenetrable Aura its debuffs will go away, bostow itself with Bravery (among other buffs later in the fight) and it will heal itself. The chain gauge will also reset, even if it's staggered. This is a good time to heal and buff up the party. After about 10 seconds, you should switch back to Infiltration and reapply the debuffs. Once those are reapplied (and he hasn't used Impenetrable Aura) switch to Relentless Assault and start pounding on him. Switch to Thaumaturgy when at least 2 people are at yellow HP. Continue the pattern for as long as you can. When about 1/4 of his HP is gone, he'll start using Wicked Whirl which is devastating if you don't switch to Salvation immediately. The pattern might go off course but you can easily get back into it if he uses Impenetrable Aura at the right time.

There's going to be a lot of paradigm switching in this battle. It's recommended that you're people are very close to having maxed Crystariums and at least 1 3rd tier weapon. Vercingetorix's page goes further in depth which is very helpful, so I recommend you read some of that page too.

And when you're done with him, you get the shiny Gold Watch! Although I don't think you'll need it since you're party is sexy enough to kill just about anything with 5 stars. ;)