"Too late and to their sorrow do those who misplace their trust in Gods learn their fate! - Judge Bergan"

Hello and welcome to MystRay's Final Fantasy XII walkthrough! This just happens to be my first walkthrough for the Wiki. I am very excited that I can now share my knowledge of the greatest game in the series with you. The walkthrough will contain spoilers. Just got to tell you that right out front.

Final Fantasy XII is my personal favorite of the main series. It's probably my favorite video game of all time. I first played FFVII and instantly liked it. I decided to get another game in the series and just chose a random number. It ended up being XII. It quickly became my favorite game and it ended up being my first game in the series that I won. I joined the Wiki and decided that I should do a walkthrough. I'm hoping that I will also do other games in the future. As everybody knows. This game has more sidequests than it does storyline. The storyline is massive enough. The sidequests and storyline may be huge, but I will do them all. I will also incorporate them within doing the storyline instead of making their own little section. And so, without any further ado, Final Fantasy XII.

Guidelines for the Walkthrough[]

In Final Fantasy XII, the system used is the License Board, so here we go... 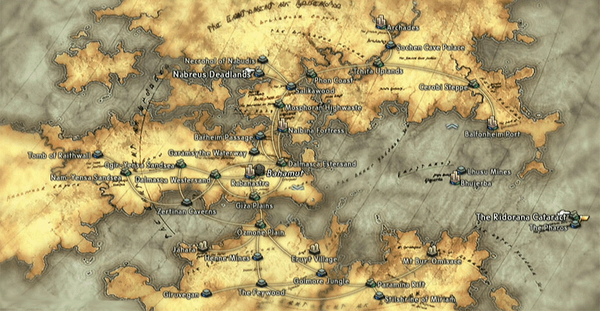 This is Ivalice. The world of Final Fantasy XII. This is usually considered to be a whole genre of the Final Fantasy games, called the "Ivalice Alliance". It is the world associated with all of the Tactics games, and XII is the first main series game, to take place here. All of the places marked on this map will be visited ingame. Ivalice has three continents, but only small portions are explored. The world goes on for a while longer outside of the map. Those three are Ordalia, Kerwon, and Valendia. You'll see just how varied the world is, when we plunge into the game.

Awesome people with the exception of one of them. 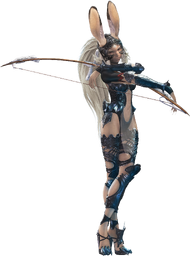 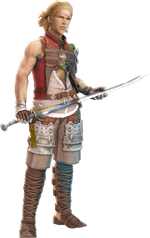 File:Ashe.jpg
Vaan - I can't stand him, and don't expect me to hide it.
Penelo - I actually like her a lot. She might not be very important to the plot, but she's still awesome.
Balthier - One of my favorite characters in the series.
Fran - The classic bunny sidekick of Balthier is awesome. Not for her looks, but her exocity and mystery.
Basch - I like him, but he's a little overrated (gasp!). The only person in this game that is a tad overrated.
Ashe - The classic princess of the game. She is awesome. I've always liked the whole cast, except for it.

They're more of a nuisance than help.

File:Larsa Full.jpgFile:Reks.jpgFile:Vossler.jpgFile:Reddas.jpg
Larsa - I actually really like him, and he's saved my butt more than a couple times.
Reks - So, so. I probably wouldn't like him at all if I had to deal with him the whole game.
Vossler - He starts out great, but quickly goes downhill. You'll see why in the Walkthrough.
Reddas - He comes sort of late in the game, but he tries to help you through one of the toughest areas in the game... It's the thought that counts right? 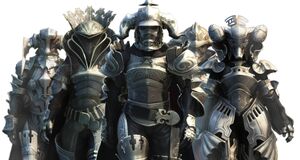 Vayne - The main antagonist. Quite possibly, the most elegant of antagonists (with the exception of Kuja of course).
Dr. Cid - The coolest Cid in the series, and the first villain Cid. Venat (who's included with him), is incredible as well.
Judges - These are the generals of the game. They're pretty cool, and one of them pulls off a great Darth Vader impression