Welcome to Paramina's Final Fantasy X International walkthrough! Expect spoilers in the main walkthrough, but if it's a spoiler-free guide you're after, I've got you covered, too.

Ciao, comrades, and welcome to Paramina's (I despise having to refer to myself in third person in order to link to my User Page) third walkthrough for the FF wiki, for Final Fantasy X. This Walkthrough will cover the PS3/4 HD Remaster and the original International and PAL versions of the PS2 game; this means even if you just have the regular old U.S or Japan PS2 version, this walkthrough is applicable to you. The only difference between the PS2 versions is that the International and PAL features Dark Aeons and Penance, which I inevitably must cover (if you've read my other walkthroughs you'll know I always cover the super bosses, regardless of how ridiculous/time consuming). The HD Remasters have all of the above. So without further ado, let's get going!

The best of the character stat growth systems, in my opinion. The Sphere Grid is a massive... spherical grid (...) on which your characters traverse and gain stat growth and what have you. Though there's only one Sphere Grid for each character, everyone has their own unique and individual section that they naturally grow into, before they can branch into each other's and become carbon copies battle wise, i.e., eventually you'll have Auron smashing the heads off beasts before doing a quick Prayer and Cheer to big-up the party, but not just yet. Here are the basic notions of this awesome system: File:Final Fantasy 10 Sphere Grid.svg

If my inane ramblings meant nothing, worry not, there is a very comprehensive tutorial ingame that even I managed to grasp. If that's still not enough for you, check out the wiki article, which, as always, is brimming with knowledge for your noggin' (ha ha, sorry).

An odd, assorted bunch whose ludicrous hairstyles (I'm looking at you, Wakka) forced me to spend around five minutes adjusting image sizes and order so the line-up worked. 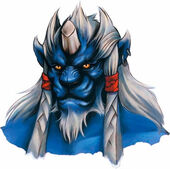 Pretty lonely down there, bud? 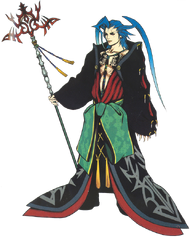 "Once Lady Yuna fixes her hair, we leave."[]