So here we go again, another day, or month... Another walkthrough. This time though it may be this wiki's first. It's not a trophy many wish to hold, it may be one of the most universally reviled additions to the series, but hey, someone has to help those who are gluttons for torture get through this with minimal effort. That'll be me, it would seem. Or maybe someone else has one up their sleeve, or maybe I'll get bored and flee the country. You never know. I know I for one don't... Or at least I'm finding it hard to care. For now though this will be my new project. And of course I'll be killing whatever superboss Final Fantasy X-2 has up its sleeve, as far as I know this is Angra Mainyu, but it doesn't roll off the tongue like its superboss brethren, shame. Oh, my mistake, of course it's Trema in the bloody Via Infinito. Mind blanked there for a long while.

'You know it's kind of embarrassing to say this myself but...' []

This game is not totally crap... Take a look at Final Fantasy X-2, really, just look at it for a few minutes, or hours, depending on your threshold for pain, and you'll realize something quite shocking. It formulates a lot of minute building blocks for the successors which will follow it. Now I'm not going to lecture you or anything but just think about it.

There are a lot of side quests for you to complete (some totally pointless) and this will be reflected ever so slightly in its spiritual successor Final Fantasy XII. The battle system is top notch, ignoring the flowers and women getting changed into various bizarre outfits, as it has a seamless chain system, it's fast paced and strangely enjoyable, and it has a unique degree of strategy due to the job classes. I know it's not exactly done very well, with the flower and the women in their stupid outfits, but it's still an interesting idea, to change your job class mid-battle and strategize with the strengths and weaknesses. There is also Yuna trussed up like a bad ass gun wielding babe which falls a bit flat but may have influenced the creation of Lightning? It's Square, it takes them a while to formulate ideas which are in tune with modern society, AKA a powerful woman who isn't also a bit of a pansy.

Another addition to the series which would only later be used in Final Fantasy XIII to a less creative amount would be the fact Yuna can jump and climb over obstacles. Only specific ones and she just has a habit of faltering and you'll make her run around in circles until she does as she is told but still it makes for a more streamlined gameplay; as long as Yuna doesn't get scared of the edges. They tried to replicate this in FFXIII but instead put little circles where you could jump, removing the aspect of spontaneously jumping all over the place a fair bit. FFX-2 is leaps and bounds ahead of it's time!

So there you go, why Final Fantasy X-2 doesn't suck. You'll hear why it does very frequently throughout this walkthrough as my fingers drip with venom as I take you through it...

Hey look, it's the same buttons as it's brother Final Fantasy X. Thank god they didn't screw that up eh?

is confirm, as always, apart from in FFVII but the less said about that the better.

is cancel but in this game comes with a new feature; when roaming Spira you can use

to jump from platform to platform, nifty!

brings up your menu and the lowly

button does nothing discernible until you start the nightmare which is Sphere Break.

The game really does make it easy for you when it comes to exploration. If you ever need a hand or are in any way lost then you can quite easily flick your eyes to the top right corner of the screen to see your handy-dandy mini-map showing you where you are and a flashing red arrow showing you where to go. I know this all looks ever so similar to my Final Fantasy X basics intro, largely because it is. Hey it's the same principles considering they are the same bloodline. In contrast to its manlier cousin (this is definitely the girlier game), you'll find in the Config on your menu you can turn off the mini-map if you so desire. A heightened chance of getting lost never hurt anyone I can assure you. Well, not in Spira...

I also have no issue with any editing, any grammatical or spelling errors on my part just as long as the actual content is not changed. I understand that you may have your own methods and such but please leave any suggestions on the Talk Page, thanks.

The whole battle system of this addition to the series is job based. Yes, it involves girls changing their clothes, but we're going to remember solemnly that these are job classes, albeit in scantily clad attire. And hey, we haven't done this since Final Fantasy V, so why don't we enjoy ourselves? 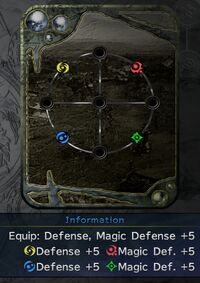 Each Dressphere (Job Class if you will) comes complete with their own active and auto-abilities for you to pick and choose. You can learn them in whatever order you wish. Once you have learnt them all you will have mastered that particular sphere. In battle you'll be able to change your Dressphere with the use of the Garment Grid. In battle, to activate a Sphere Change, you simply tap the L1 button to bring up your grid and choose which path to take to change your Dressphere. Depending on the path you choose you may pass through coloured Nodes known as Gates which will open special abilities. This may seem difficult to comprehend right now but it'll all make sense once you're in battle. The game will hold your hand for the first few battles to allow you a good understanding of the system.

Of course, there are only a handful of Spheres you will definitely get your grubby mitts on during the storyline, but they'll be your standard bread and butter spheres. The better and more advanced spheres will be found by engaging in sidequests. And this game has a lot of sidequests for you to cover. Well, I'll cover them, you'll follow my lead I'm sure.