Well, we are now on page five of my walkthrough, so you already know what to expect - weird talks about God, the universe and something more important than all those things: myself.

When you go to Dorter, you will have a battle before you get to the Merchant City:

Since all the monsters have the same skills, I will only make one template for each type.

We finally stop making guard and we are on our way to Dorter, but a group of monsters want to stop us. They want die, let's give them their wish!

This is the first battle in the game where you can lose if you come with just Squires and Chemists. Bring any team, but you must have at least one Black Mage with the basic spells. The enemy's party is just monsters, so its level is average to yours, thus the battle can be tough. You can also see new types of enemies, the Black Goblin and the red ones are the same, in appearence and stats, they are not that strong. The other new monster is the real trouble, the Bombs. If you are a Final Fantasy veteran you know why this things are dangerous but if you aren't, I'll tell you, when the HP of the bomb is very low, they will self-destruct, dealing heavy damage to all the units that are close to them and the self-destruct also causes the Oil status, which increases the damage make by fire based attacks. That's not good for this battle. The other enemy is Pantera, you know that thing already. 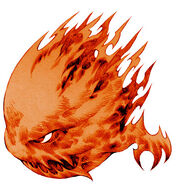 Regarding your own units, Ramza should be dealing damage with his physical attacks, Delita should heal with your potions and the Bastard should just attack with his attacks as a Knight. Regarding your Generics, as I told you at the beginning, your Black Mage must use his Black Magic to kill some monsters with ease (leave the Bombs for the end). Since this is the first battle where you use CT attacks, I will explain to you: attacks that require charge time will hit the enemy or not depending on how much CT your enemy's unit has. If they have 40 or less, the attack will hit him - remember that, you are going to need that tip for the rest of the game. Your Knights and Squires must attack with there swords, your Archer should find a good height to start attacking, I won't advise you to bring White Mages because you have Delita to heal and for this battle they are not that useful, bring just one... maybe a good idea.

You must kill all enemies (if one unit turns into a crystal, move your Black Mage to the Crystal to heal his/her MP) and leave the Bombs for the end. Focus all your attacks on one Bomb until it's dead, its Self-Destruct really hurts so it's a better idea kill all enemies and later focus on each one. If one of the Bombs explode, pray that the one that explodes is the last Bomb alive so you can win the battle with at least one unit alive.

After this battle, nothing happens. You gain your money and you go back to world map. Go to Gariland if you need more Potions and Phoenix Downs and buy new equipment if you haven't done that yet. Then go to Dorter, the next battle is the hardest one yet:

A Knight with a different sprite is talking to one of the guys of the Corpse Brigade. The conversation isn't going too well until the new Knight starts making threats with his sword (anyone talks when they're about to get sliced with a sword). After the knight of Corpse Brigade reveals where the Marquis is, our party enter into the action. The new Knight leaves and the guy of the Corpse Brigade calls his own soldiers to battle with us. Now we fight!

Delita knows who is the guy with the new sprite is: Wiegraf Folles, the leader of the Corpse Brigade, you know, the head, the Generalisimo.

Don't try to come in this battle with healers because they'll die a lot. You already have a healer, Delita, just give the "Item" command to your strong units so they can heal themself. The most annoying thing in this battle is the Archer in the top of the tower. He is the first unit in the game with a Bow, a weapon more powerful for the Archers than the crossbows. With this weapon, the Archer can hit you from the top with that weapon for a few turns, a pain in the ass. Delita and the Bastard will probably go to the tower where the Archer is. Make your units go to that place to kill that unit even if Delita and the Bastard don't follow them. With that Archer, pray so he can turn into a treasure chest so you can win that Bow - your Archer can now be more powerful with that weapon, but that requires luck. After you kill that threat, you can take care of the other enemies. The two Black Mages are very powerful, they can kill your weak units with one magic. Make Ramza and a Knight fix that situation. The other two Archers are jokes, they will follow the path of the one you kill in the tower. The Knight can be dangerous with his strong attacks, your Black Mage can kill him with a Black Magic attack.

This battle is a little bit hard, you may die one or ten thousand times but eventually, you will win once you know how this battle works.

For winning the battle, you get a Shield and the first Knight Sword of the game. These weapons are the most powerful weapons of the games, a really strong weaponry.

After beating the crap of the Corpse Brigade again, we get to interrogate the Knight who talked to Wiegraf. As usual, the Bastard starts attacking the already hurt man - can you see that he is a bastard? The guy starts talking about the difference between low born and high born, but that doesn't mean anything to the Bastard and he keeps beating him up. Ramza is tired of the crap from the Bastard and stops him. The man tell us that the Marquis is being held in the Sand Rat Cellar in the Zeklaus Desert, so that's our new destination.

After this battle, you can shop in Dorter. There is new equipment for your light units and you should buy more Potions and Phoenix Downs because I'm sure that Delita wasted almost all of them.

On board, to the next page of this godly walkthrough!