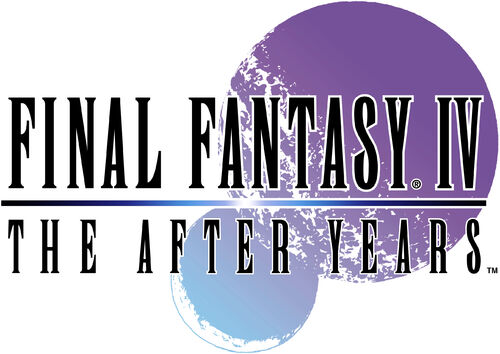 Oooooh kiiiiddiiiies! It's that time agaHEY, wipe that horrified look off your face! Don't pretend you don't enjoy my, Drake Clawfang's, walkthroughs! I imagine that's why you're here right, you're looking for someone who provide you great wisdom and insight on the game, someone mastered in the arts of game-fu who can be your mentor and teach you all you need to know to get you through the hardest of trials. Well unfortunately you're gonna have to settle for me. Sorry, I'll do my best. I charge by the hour, hope you brought a credit card.

Oh, BTW, this walkthrough is for the PSP release. If you actually spent all those Wii points for the WiiWare release, congratulations, you're officially a sucker, now we PSP owners get the game you paid over 30 dollars for for less than you paid along with the original FF4 too. Who says patience isn't a virtue?

X, by default, is confirm and Circle is cancel. Square is Band, and Triangle opens the menu, or switches the turn to the next available party member in battle. Pressing L and R together in battle flees, while in the menu L displays everyone's Exp to the next level and R displays the Moon Phase.

TAY uses a modified version of FF4's battle system. You can have up to five party members, configured with three in the front row and two in the back or vice-versa. Party members have between one and three pre-set abilities, though many that can cast magic learn new spells as they level up. You can equip armor, a weapon, a shield, a helmet, and an accessory.

The two new features of this game are the Band and Moon Phase systems. Band abilities are snazzy combination moves where two or more characters give up their turns to charge up a special technique. Most are super attacks of some sort but others heal and buff the party. Moon Phase is a feature that effects the strength of techniques. There are four types of attack in the game, White Magic, Black Magic, Attacks, and Special Attacks. Different Moon Phases will weaken or strengthen different types of attacks, so you may have to adjust your strategy to compensate for weakened or stronger skills. The Moon Phase changes over time in the field and cycles through one phase whenever you rest at an Inn or Save Point. Also, remember the Moon effects enemy attacks too, not just your own.

As you play through each Tale, hang onto your save data for them! Don't save each tale's data over the last, save in a new file. The final tale in the game allows you to import save data from the other tales, so if you save over that data then basically all your hard working playing it is lost.

I use a Boss Template for my walkthroughs. The template gives the boss' HP, MP, and which of its attacks are dangerous. Steal is the item the boss has to steal, and Drop is what the boss drops at the end of the fight. The "Morph" field isn't applicable for this game, ignore it. Weakness is what the boss is weak to, and resistance is what is a bad idea to attack it with. I also rate bosses on a scale of 1 to 5;