The start of the game consists of Luneth falling down a hole. Typical, huh? What else is typical, he gets attacked by three Goblins? Don't worry, they're not powerful foes. A physical attack or two is enough to defeat each one. The other enemies in this dungeon (Carbuncle, Blue Wisp, Eye Fang) aren't any more dangerous, despite their slightly higher health.

Navigate the simple mazes, drink from the wellspring to restore HP, and interact with the odd glittering stone to proceed (Get used to this later on in the game). The final room is a large, circular area with stairs and a shiny blue crystal... but also a big, bad boss to fight! Be careful!

The Land Turtle is quite strong and uses physical attacks on Luneth. This battle is fairly simple as unlike other bosses, he only acts once per turn. However, his attacks are quite dangerous, especially the critical hits.

Once all 111 of the Land Turtle's HP is depleted, you'll be teleported outside. It's now time to visit the Village of Ur! Be sure to save your progress when you're out on the overworld!

Home, sweet home! This is a great place to rest (Interact with the bed on the top floor of the inn) or buy items. Items you can buy here are quite varied, including the equipment you found in the Altar Cave, the Poisona Spell, and a couple of new items. Buy what you can afford - when you get access to other jobs, consider returning here to buy more equipment to suit your different jobs.

Go to the outskirts of town where you'll find Arc. Listen in on the conversation - once he leaves, go to Topapa's house (The unmarked one by the town's entrance) and talk with him before you begin to journey to Kazus.

But don't go just yet! Interact with the man in blue and give him a Potion to earn a Phoenix Down. Go into the well to find three Potions. Finally, go to the house in the outskirts and you can find a mother lode of treasure!

Provided Arc has left for Kazus and you talked to Topapa, it's time to head out! Don't explore the desert to the west of Kazus, as the enemies there are quite strong. When Arc joins the party, it's time to explore!

None of the shops are open yet (Blame Djinn, not me!), so you should go to the Blacksmith's and talk to Takka. You then need to go to the Inn and talk to as many ghosts as possible, including Cid. Once you chat with Cid, head to the desert! 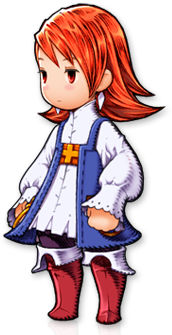 The airship is hidden right in the centre of the desert. Once you arrive, chat to the ginger girl. Once Refia joins the party, fly to Castle Sasune! Or not...

Return to the Altar Cave[]

Don't head out just yet! You should return to the Altar Cave and train here until your party is at least Level 4. There's also some more treasure to find here! Venture into the hole to go back to where the journey began. Use the Warp Rune behind the crystal to head back outside.

Once you have three members in your party, chat to the blond guy outside the castle. Head over to the Throne Room and gain your final party member. Explore the two towers to find a variety of treasure. The chest containing the Wightslayer is guarded by a Griffon. While a noticeably powerful enemy, the Griffon shouldn't pose a massive threat.

Use Cid's Airship to reach this place. When you enter the room without an exit, interact with the skull to proceed. You'll then find Sara, who'll join your party in order to help you stop Djinn. As a fifth party member, Sara uses the White Magic Spell Cure on the party or Aero on all enemies. You can't control these actions, though. When you reach the final room (The one with the red altar), interact with Djinn to fight him! 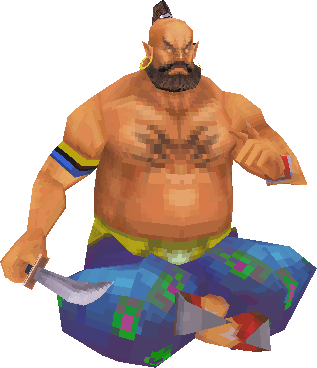 Djinn as 600 health and is quite a powerful boss, acting twice per turn with physical strikes and a Fire spell. He's very resistant to physical attacks, so if you want to deal damage, Antarctic Winds are the way to go. Sara's Aero will also come in handy, due to its added ice element.

Once you defeat Djinn, you can earn some new jobs!

Get Some Class, Get a Job[]

Up until now, Freelancers were the only game in town. However, once you defeat Djinn, you can obtain the Warrior, Thief, Monk, Red Mage, Black Mage and White Mage.

However, you shouldn't use Freelancers any more, unless you're stupid enough to try the game with an all-Freelancer party. These Freelancers just look like second-rate Red Mages! 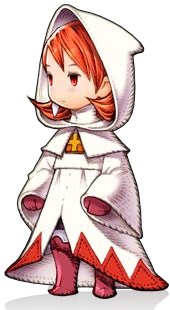 Once you destroy the Mythril Ring, head to Kazus and buy what you need! Their Mythril Equipment is a brilliant asset, as every class can use at least one piece. Their Black Magic Spells (Fire, Blizzard, Sleep) are good too, although you probably found Sleep in the Altar Cave.

Talk to Cid and then Takka. He will attach a Mythril Ram to the airship (Use the king's magical folding canoe to reach it). The ram is required to destroy the rock at Nelv Valley, which is blocking the way to Canaan. Before you head off (Make sure you have Refia in your party because she leaves once you go to Kazus), go to the Mythril Mines and journey through (Similar foes to Sealed Cave). At the end, interact with the wooden beam to find a room with two Mythril Swords.

No time to worry! Use the airship to fly into that rock, and wait for the explosive results!