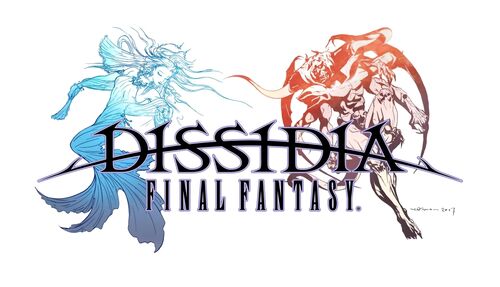 Hello to all! Welcome to my Dissidia Final Fantasy Walkthrough! I'm SetzerLeonhart and I've decided to write a walkthrough for this game. Why? Mainly because I really like it, its needed and with the prequel and it's success, I don't think so many will be willing to do this. I have not played 012 yet, but I do like the original very much. Please, if you feel something needs to be changed in the walkthrough, not counting spelling mistakes and the like, contact me first.

This is a fighting game at heart, with RPG elements. Before anything though, I must say I really dislike the plot and how the characters we all came to know and love on their original games were portrayed here. In my opinion, most of the characters were not well represented. However, the gameplay is fun and addictive as hell and that's why I enjoy playing this so much.

There are many different fighting styles, so you'll see what characters suits you best. Me? I main Squall, though I play a lot as Terra, Kefka, Cloud, Sephiroth, Ultimecia and Kuja aswell. I can get around with most of the cast too though.

X is confirm, O is cancel. You can choose what mode you want to play and such with the directional buttons. L and R don't do much on the menus. Square allows you to receive mail from Moogles on the main Menu and randomizes the conditions for a quick battle fight. Start basically brings up tutorials. Triangle allows you to select a character for customizing. This is where you'll set abilities, change equipment, set summons... There are 3 ground and 3 aerial abilities that can be set for a character, in both bravery and HP damage. Most characters gain more abilities than you can set, so you'll have to choose set ups. When you fight you gain AP which will allow them to master abilities and as such take up less space on your CP limit or learn new abilities. You'll also get EXP, which will improve the character's stats. You'll gain PP, which allows you to buy different things at the PP catalog.

Well, the analog stick let's you move the character. The directional buttons move the camera (though I usually don't find this needed). X allows you to jump, O does bravery attacks, and Square does HP attacks. Basically, bravery controls how much damage you'll do and with an HP attack you deplete your enemy's HP by that amount. You set on the menu which abilities you want the character to use. This means that neutral O will do one bravery damage ability. But if you press O while approaching the enemy another attack will be performed. If you press O while backing away, a third ability will be used. This is how it works for both aerial and ground attacks, aswell as bravery and HP abilities. R blocks, L changes your target. R + X dodges attacks, R + O calls the summon you set. Finally, there is the EX Mode. Basically, its Dissidia's answear to Limit Breaks.

All character's have an EX bar that must be filled with EX Force, glowing lights that appear in the arena as you fight. There are also EX Cores, which greatly fill the EX Bar. When the bar is filled, the player can press R + Square to enter EX Mode. There is a small period in which the character becomes invulnerable when entering EX Mode. Keep that in mind, as it is useful as a defensive tactic. When on EX Mode, the character gains new abilities which increases their power. The abilities are unique to each character. If you land an HP attack while on EX Mode and press Square again, you'll do an EX Burst, which varies between characters, but it's basically their limit break. They involve inputting button sequences, pressing one button repeatedly and the like.