Very rare items have appeared in most Final Fantasy titles since Final Fantasy IV. These are items that are not permanently missable, but instead are so rare that they require the player to expend copious amounts of time and/or effort to obtain. Some rare items exist as initial equipment. They cannot be bought in shops, and in many cases are not freely stolen in battle. In some cases, these may be given away by non-player characters in a sidequest. Regardless of how they are acquired, selling or dropping a very rare item is generally not advisable. Before the inclusion of achievements, obtaining rare items was sometimes used as a form of trophy collecting.

The Teleport Stone appears in the Dawn of Souls, 20th Anniversary and iOS versions, and teleports the party out of a dungeon. It is an extremely rare item, dropped by Purple Worms.

Chocobo World can be utilized to obtain every item, and an exploit exists via the Steam port allowing rapid acquisition of multiple copies. 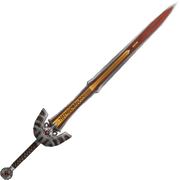 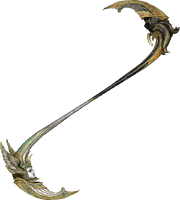 In patch 1.19 of the original release, crafted equipment received a significant overhaul that saw their recipes replaced, with the originals being renamed as "dated" items and losing all of their attributes. However, they remain in the game even after the release of A Realm Reborn, and any characters still in possession of them keep them in the process of migrating to the relaunched version. While many dated items received identical replacements, several of them possess unique appearances or color schemes that have not yet been replicated by new items. In addition, due to how armor worked in the original release, dated armors have no class restrictions. This can make for extremely rare and unique glamours for characters still in possession of these items, such as the ability to glamour magic-oriented classes with full plate armor.

Various duties have reward items with extremely low drop rates, including mounts, minions, orchestrion rolls, crafting materials, and Triple Triad cards. Two major offenders of note are the Archbishop Thordan VII and Eden's Promise cards, the latter of which was initially bugged and would not drop at all. Many of these items fetch high prices on the Market Board, but some cannot be sold or traded. There are also several rewards tied to prestigious achievements that require extensive work to attain, as well as items exclusive to the Mog Station and past events.

This section about an item is empty or needs to be expanded. You can help the Final Fantasy Wiki by expanding it.
Items
Recurring elements and topics
Community content is available under CC-BY-SA unless otherwise noted.
Advertisement