This region's known as the Veldt. Monsters migrate here from all over the world, so it can be quite dangerous outside of town. You never know what you might run into.

The Veldt is a seemingly endless plain which attracts monsters in Final Fantasy VI. Gau lives on the Veldt, and learns his various Rages here. The Veldt lies to the south of Baren Falls; the town of Mobliz lies on its eastern coast, while Crescent Mountain is near the southern tip of the plains. In the World of Ruin the Cave on the Veldt is found here.

Sabin and Cyan wash onto the Veldt and are saved by Gau, who runs away after the two come to. After purchasing some Dried Meat in Mobliz, Sabin and Cyan give it to Gau to have him join them. As his thanks for the food, Gau tells Sabin and Cyan about a "shiny, shiny treasure" he has kept in the Crescent Mountain Cave to the south. The treasure turns out to be a diving helmet, and the three use it to dive into the Serpent Trench to swim to Nikeah.

One year later during the events of the World of Ruin, Gau decided to return to the Veldt in hopes of becoming stronger to help defeat Kefka. If the party has at most three characters, Gau will rejoin the group after defeating normal encounters on the Veldt. A new cave has appeared on a mountain in the Veldt, where some outlaws are camped out and the Returners can find Shadow or Relm, depending on if Shadow was able to escape the Floating Continent.

Once an enemy formation is encountered (it does not have to be defeated), it will show up on the Veldt. The Veldt is thus useful for fighting enemies found in places the player cannot revisit, especially in the World of Ruin when most of the monsters from the World of Balance vanish. All enemy formations yield the same amount of gil and Magic Points they did elsewhere, but yield no EXP, making it a good place to train to learn magic if the player wishes to keep their level low.

Some enemies will not appear on the Veldt. Bosses never appear, with the exception of the Guard Leader and the Holy Dragon, which can even be acquired as Rages for Gau. Some unique or special enemies will also not appear. The following is a list of monsters that cannot be encountered on the Veldt:

The Death Warden does not appear in the SNES and PS versions due to a glitch—it can only be encountered once, and this occurs in a formation that does not appear on the Veldt, but there is an identical formation it appears in that can appear on the Veldt. In the GBA and subsequent versions, this has been fixed, and the Death Warden will appear and can be acquired as a Rage.

Tonberries can be encountered on the Veldt and have a Rage, but since they are the 256th monster, the game does not allow them to be learned as the 256th slot in the Rage menu is overwritten with an empty slot.

The following is a list of monsters that the player can miss, either because they are exclusive to the World of Balance and do not reappear in the Soul Shrine; because they are encountered in a location that cannot be revisited; or because there is a limited window to encounter them.

Some formations cannot be encountered on the Veldt, but these are mostly special and boss formations. These are marked as None in the list below. If a formation does not contain a monster, it will be treated the same as if the player had never encountered it. After the player fights a formation, they will face a formation from the next group the next time they battle on the Veldt, or if they are on group 64, the next fight will be from group 1. If a group is entirely empty and/or the player has not encountered any formation from it, the game skips that group and advances to the next group until it finds one that has one or more formations the player has encountered. In the SNES and PS versions, when the player reloads a game, it adds 13 to the group number that they will encounter next. In the GBA and Steam/mobile versions, reloading a game will randomly set a group number as the first enemy group.

Gau appears on the Veldt when Sabin and Cyan first arrive there. He will call out that he is hungry, but nothing can be done with him but to attack him to make him run away. By purchasing Dried Meat at Mobliz and using it on him begins a cutscene, after which Gau joins the party.

On all subsequent occasions where Gau reappears at the end of battle due to using the Leap command previously, he will call out to the party and rejoin them after a short period of waiting. When Gau appears, any commands issued to the party are cancelled. If he is attacked, he will flee again, but when he next appears he will attempt to rejoin again. This can be manipulated to influence what Rages Gau learns by forcing him to flee from encounters the player does not want him to learn Rages for, and then letting him return when they do.

In the World of Ruin, wandering the Veldt in a party of fewer than four people will cause Gau to appear and rejoin the party. He will not appear if the party is full.

"Wild West" is the background and battle theme for the Veldt. 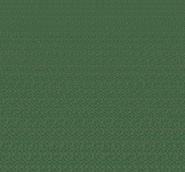 The Veldt in the World of Balance (SNES). 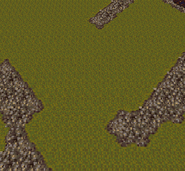 The Veldt in the World of Ruin (SNES).

The Veldt in the World of Balance (GBA).

The Veldt in the World of Ruin (GBA).

The Veldt in the World of Balance (2014 mobile/Steam).

[view · edit · purge]Veld, also spelled veldt, is a type of wide open rural landscape in Southern Africa. Particularly, it is a flat area covered in grass or low scrub, especially in the countries of South Africa, Lesotho, Swaziland, Zimbabwe, Botswana, and Namibia.