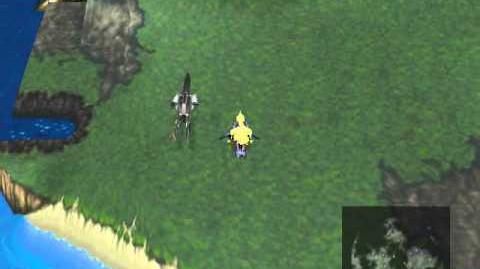 The vehicles glitch is a glitch in Final Fantasy VII where the player can ride various vehicles on the world map simultaneously. This is possible to perform with a chocobo and Highwind, or chocobo and a submarine. To perform the glitch the player can dismount a chocobo by the submarine/airship and then try to board while standing in an area close to both the submarine/airship and chocobo.

When doing this with an airship the game will freeze, but when done with the submarine on certain versions of the game, the submarine rises out of the water and lets the player move the chocobo itself, with the airship moving behind. This leads to different side-effects, such as game crashing and graphic errors. 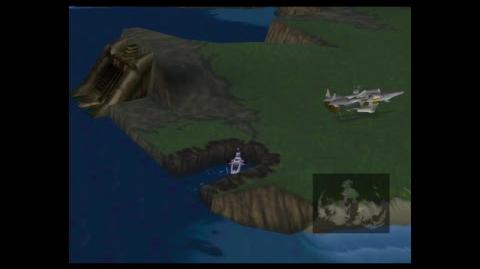 Some players have also reported a glitch in the PC version and the following versions based on it where the submarine gets permanently stuck in the Junon harbor. If the player hasn't yet picked up the Ancient Key, this glitch would ruin the save file, as the player needs the submarine to get it to continue the game.