Outside:
In the city:

The Returners come to Vector seeking to infiltrate the Magitek Research Facility and save the espers imprisoned within, one of whom is Terra Branford's father. Once arriving in the city, the Returners finds it heavily under guard from imperial soldiers, with the entrance of the research facility being guarded as well. Near the facility entrance the group finds an elderly Returner member who has heard of their plans and offers to distract the guards so the party can sneak in.

Within the facility the Returners are discovered by Kefka and a fight erupts that causes a backlash in the system. After the Returners flee with the aid of Cid, they reunite with Setzer waiting in the city. With little time to explain the situation, the party uses the Blackjack in an attempt to escape from the city. However, Kefka rushes to the Imperial Palace and activates two cranes to attack the airship, but the party destroys them and escapes.

In the aftermath, Vector is guarded by a Guardian that will attack the part if they try to enter.

After Terra opens the Sealed Gate to the esper world, many espers emerge and fly to Vector. When they learn of what became of their friends in the Magitek Research Facility, the enraged espers decimate Vector, killing many people and leaving much of the city a smoking, destroy ruined. The Empire offers no resistance as a coalition of Narshe guards and Returner forces led by Banon and Arvis occupy the city.

When the party returns to Vector to investigate the attack, Gestahl invites them to a banquet at the Imperial Palace, during which he asks for their aid in finding the espers before they attack somewhere else. Terra and Locke agree to go and the rest of the party stays behind to investigate Emperor Gestahl's true motives. The party discovers Gestahl was intending to betray them and flee Vector before he can spring a trap on them.

After Kefka attacks Thamasa, he and Gestahl enter the Sealed Gate and raise the Floating Continent. At this time, Vector and the Imperial Palace are abandoned, not a single person remaining within its walls.

Vector is destroyed in the cataclysm and Kefka's Tower is formed in its place. Vector and its environs were incorporated into the tower's construction, with a few rooms from the Imperial Palace and the Magitek Factory surviving into the tower relatively intact, and many other rooms bearing Imperial banners and statues.

The weapon shop and inn inside Vector

Vector is the most heavily industrialized city in Final Fantasy VI. The entire city is much larger than is shown in-game, with the background of the Imperial Palace and FMVs in the Playstation port of the game showing a sprawling cityscape. The town is seemingly surrounded by a bottomless pit or else built on a very high elevation. Steel support structures and supply crates are throughout the city, implying it may still be under construction in some parts.

these enemies are encountered when caught by an Imperial Trooper

Escape from the Magitek Research Facility

If the player enters Vector's pub, there is a man who recognizes the party as Returners and tells them about the Magitek Research Facility. He further elaborates with details on Kefka, explaining he was the first experimental Magitek knight who lost his sanity because the process was not perfected at that time. This is the only biographic data the player can find about Kefka.

The elderly woman's home (top), and the elderly Returner aiding the party (bottom).

If the player comes in contact with any of the patrolling soldiers, they enter a battle and are ejected from the city. It is advised not to stay at the inn in Vector, for it is owned by a thief who may steal 1,000 gil from the party during the night (50% chance). In a house outside the inn is an old woman—if the player refuses to pledge allegiance to the Empire, she will provide free healing in place of the inn once the player defeats two Guards. The entrance to the Imperial Palace lies in the northern part of the city, but if the player attempts to enter they are confronted by the Empire's invincible weapon, the Guardian.

The Magitek Research Facility is guarded by three Imperials. An old man by some crates not far away will claim to be a Returner sympathizer and offer his help in getting inside. Once the player agrees, the old man will walk up to the guards and feign he is about to vomit. Approach the crates and the party will automatically climb up on the steel girders and jump down behind the guards. Approaching them initiates a battle and the party is placed at the entrance to town, if the player wishes to change their mind. Otherwise follow the tracks north to the entrance to the facility.

On the way out of the facility the party now comes back this way, and enemies can be encountered. When they reach the end of the tracks they meet up with Setzer and leave town. 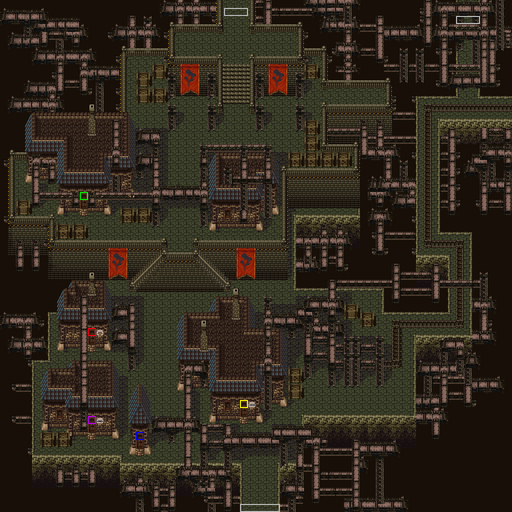 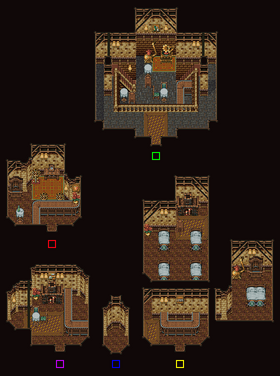 Vector is the setting for a regular dungeon and is also featured in the Challenge Events Legendary Plunder, Touched by Magic, and Assassin in Black.

Celes has teleported Kefka and herself away, but the power of her spell started a chain-reaction in the Magitek Factory. The party flees back into Vector with Kefka's minions in pursuit.

For one reason or another, the player can use the Teleport spell within the pub. 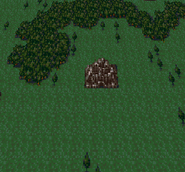 Vector on the world map (SNES).

The party arriving on the Vector continent (2014 mobile/Steam).

[view · edit · purge]In molecular cloning, a vector is a DNA molecule used as a vehicle to artificially carry foreign genetic material into another cell, where it can be replicated and/or expressed. A vector containing foreign DNA is termed recombinant DNA.