Is it me or does he look grumpy?

Rikku, when entering battle against Varuna

The Varuna is an enemy in Final Fantasy X found in the Omega Ruins and in the Nucleus inside Sin. They can often be found in the ruins near the glyph to the Teleport Sphere, or the lower level after Omega Weapon is defeated. It bears a passing resemblance to Diabolos.

Varuna will start the battle by casting Haste on itself (except in the Monster Arena), regardless of preemptive, Agility, or a player's First Strike ability, in its own First Strike fashion. It will then attack with high-level elemental magic, and has two possible decisions: the first is to cast Slow on Auron, Silence on Yuna, or Pharaoh's Curse on Tidus, and if none are present, it will use Demi; the second is to recast Haste on itself if it was dispelled, or cast Death or a party-wide Dispel. After being targeted 15 times (including Haste), it will charge its special attack with Mana Focus, before using said special attack, Emblem of Fate, which deals moderate non-elemental damage.

It drops weapons with Strength +10% and Double Overdrive, and armor with SOS Shell and Magic Def +10%.

It is advised to bestow the Haste status on the party, preferably through Hastega, then go all out with physical attacks and Holy spells. The player can dispel Varuna's Haste status, which will make it waste turns by recasting it. 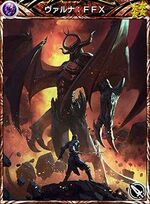 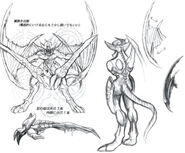 [view · edit · purge]In Vedic religion, Varuna is a god of great wonders, ruling over the sky, water, the celestial ocean, law, and the underworld. Varuna is worshiped as the lord of Heaven and Earth and serves as Vishnu's mount.