Valkyrie Profile is a role-playing game series developed by tri-Ace and originally published by Enix, now Square Enix. The first title was published in 1999; there are currently three main-series titles and a spin-off mobile game. The premise of the game focuses extensively on facets of Norse mythology, such as Asgard, Valhalla, Ragnarok and the Valkyries. Players control the Valkyrie who recruits slain warriors to aid in her objective of fending off Ragnarok.

Elements from Valkyrie Profile have made several cameo appearances in the Final Fantasy series.

From Valkyrie Profile to Final Fantasy[]

Characters from the series appeared as obtainable signets. These characters included alternate versions of Lenneth, Freya, Alicia, Norn and Sennah.

Lenneth from Valkyrie Anatomia: The Origin.

Lenneth F from the original series. 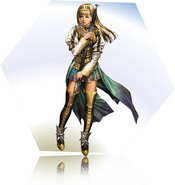 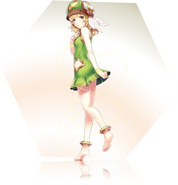 During the event The Valkyrie Descends, players could pull series weapon relics from a special Relic Draw for use by any allowable unit per relic. These relics carry EX Record Synergy that follows standard rules, with shared Soul Breaks present on each.

From Final Fantasy to Valkyrie Profile[] 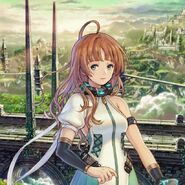 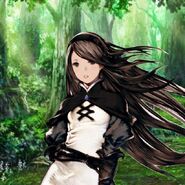 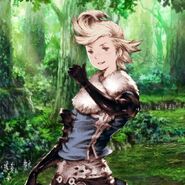