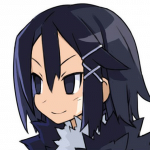 Galleries are for pages with multiple images, not for pages that look sloppy to Zolo6. Format it in a better way if you want, like you did with Memento Mori, but a template shouldn't be misused, especially if it creates a giant white space on the page. Also, every blue magic page for FFXI is formatted like that if they have an image.--Blue Donkey Kong 04:35, January 16, 2011 (UTC)

Thanks for updating the job pages. Myself and Bluer made the articles before the game came out, and since then, nobody really paid much attention to it. Thanks again. --ShirubaKurono

No problem. To answer where I get my images from: A couple of them are from my guide and I'm doing a replay of the game on DeSmuME. During my play through I take some screenshots and I edit them on Paint or Paint.NET. I would be scanning the images from guide more, but my scanner is acting up. --Zolo Miphares (talk) 08:15, May 15, 2011 (UTC)

Thank you for cleaning after me. Edit

I know I'm a horrible editor and everything, and I owe you alot for cleaning up my mistakes, and especially placing the images. Sorry for leaving you with the terrible mess. Razordash 22:08, May 18, 2011 (UTC)

Good to see you're still contributing on this game. I just recently started playing it myself. I really like it even if it's such a Dragon Quest ripoff. Any game would improve greatly if it let you wear silly hats, I say. :D And the backgrounds look really nice, although battles are a little bland maybe. Keltainentoukokuu 14:22, July 20, 2011 (UTC)

Hey someone has to work on the articles for this game, I just have a ton of free time. But it's good to see someone else playing the game; this title has been getting some negative feedback from some fans as if it was another Mystic Quest. The game in so many ways is a Dragon Quest rip off, the battle system, similar story to previous DQ games, and the Metal Flan carrying a large amount of EXP. Other than those faults, I felt the game was decent with the art style, but I agree the battles are little bland and get old too quick. The crown system is good edition, but it hate gem farming and upgrading weapons.Took me about 79 hours to master all my crowns and 30 hours to fully level up my Sword of Light to Break the Damage Limit. Anyway the game was pretty good and I hope you complete it. So many people I know quit this game about 3 hours in, because it's too hard and it has a slow story. --Zolo Miphares (talk) 06:59, July 22, 2011 (UTC)

I love the crowns. I just put all my silly hats on and watch those little dudes wander around wearing them haha. And you can turn yourself into a dog. XD But this game is surprisingly hard! I was expecting some "lite" version of Final Fantasy for children, but when I had to leave the Great Tree with just Brandt alone and go to the Ice Caverns...yikes. It's pretty tough with just one party member. I liked DQIX a lot, but those quests really started to ruin it for me... I mean they are all optional of course, but...sheesh, they just weren't really worth it. But the main game was fun.Keltainentoukokuu 16:21, July 22, 2011 (UTC)

I also thought the game was going to be a kiddy Final Fantasy at first, but the game turned out to be a little tough. Mainly because of bosses like Rolan, Arboroc, and The Chaos Demons since they use powerful elemental based attacks, even though I had a growth egg and I was over leveled in some parts. Eventually I made Aire learn Mysterio, Brandt learn Finale, and Yunita obtained Lux, the game became a total cake walk. Targeted toward Dragon Quest IX: DQIX eventually died a little for me, since I couldn't get the all the quest, because of my wireless's inability to read mobile devices. The only real accomplishments I made in DQIX were passing the game, getting Gigagash and Lightning Storm, getting all the jobs, leveling my main party's level to 99, and getting all of Lotto's Armor. I really enjoyed the multiplayer in DQIX, too bad the multiplayer in 4 Heroes wasn't as great as DQIX. --Zolo Miphares (talk) 01:41, July 23, 2011 (UTC)

Nice work in your sandbox. An enemy template! I didn't even know half those stats existed... I just completed 4 Heroes the other day, finally, god am I slow or what. You gonna add a bestiary?Keltainentoukokuu 02:04, September 23, 2011 (UTC)

Congrats on passing the game. Yes I am planning on adding the bestiary page and adding enemy pages also. I have been busy scanning enemy images from my guide and editing them on Paint.NET. Kind of an annoying process though and I keep on getting distracted by my story boarding homework, so far I have only edited about two pages of images. --Zolo Miphares (talk) 02:12, September 23, 2011 (UTC)

That does sound annoying. So greatful you are doing this though!Keltainentoukokuu 02:32, September 23, 2011 (UTC)

Hello there. I see that you are adding a lot of information to the 4 Heroes of Light articles, and I was wondering about your opinion on the game. Like, is it a good game? or an RPG you would recommend to someone. SidVI

I don't want to write an entire review for the game, so I'll keep it short. The game is pretty good, I had a lot of fun moments with it. The art style, characters (Aire!), crown system, battle system, and story kept me hooked. The only thing wrong with the game is the music, I appreciated the music being mixed with 8bit sound effects, but it did not satisfy me as much. The only good piece is The Demon King's Servants. I would only suggest the game to someone else if they were a fan of Final Fantasy III & V and fans of classic turn based RPG's. --Zolo Miphares (talk) 07:27, October 5, 2011 (UTC)

Maybe my edit about "Soloing Dark Bahamut without Break HP Limit" was unnecesary. But it was my first edit in this wiki, because i'm a new user. The fact that i used in the article fuzzymillipede's (a Youtube User, as you said in Summary) Easiest Strategy, it was only for a reference to the players. If you have seen Dark Bahamut's article before my edit, maybe you remember that other users put this link in its edits too, in fact, i knew about Easiest Strategy in this wiki, looking at Dark Bahamut info --Maururu255 20:10, November 8, 2011 (UTC).

Are you still on this wiki? Edit

Congratulations! As a valued member of the Wikia community, we are pleased to offer you an exclusive opportunity to attend a live event in celebration of Final Fantasy XV. This event is open to the public, but Square Enix has arranged for fans like yourself to get guaranteed access. Here are the details:

If you are interested, please reply with your full name and email address, and we will send a confirmation once you are on the list. Spaces are limited, so please make sure you respond as soon as possible.

Let me know if you have any questions,

Retrieved from "https://finalfantasy.fandom.com/wiki/User_talk:Zolo6?oldid=3209742"
Community content is available under CC-BY-SA unless otherwise noted.