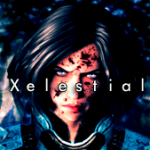 Thanks for stopping by...I really told myself I wouldn't edit anything this time and yet here I am, editing punctuation in because I couldn't understand the article and asking questions galore on talk pages... Well, I'm here and I like the feel of your wiki so I will take a looksie at your wiki's rules and see if I want to stay :) Xelestial (talk) 01:14, August 16, 2012 (UTC)

Awesome. :) If you want things to help you with your userpage, check Help:Userpage, or ask me. I won't bite, I'm happy to help! :D -

Thank you again so much, I've had some bad experiences with wikis lately with pretty rude admins that also tended to admonish people for editing pages especially if they decided to revert them, and the FF wiki just feels friendlier - like I won't have my head bitten off for making a mistake or asking a question. I'm pretty familiar with wikis but I'm aware every wiki has it's own set of rules and I checked out yours and it's very lax. Also, those fancy templates you guys use are new to me, but they look like they could be fun to create. I'll try not to bother you too much, but thanks for the offer, it makes me feel welcome :) Xelestial (talk) 02:06, August 16, 2012 (UTC)

Haha, yeah I think we all know the feeling of losing stuff after we typed out the perfect response :) And yes, I mean those fancy templates. Wow, you don't have to make one for me or anything...gosh, I'm not good at accepting any form of gift, especially when others have to waste their time on me...but if it's something you enjoy doing, I'd be interested sure, otherwise I'll wait until I feel unlazy enough to figure out the code and whatnot. It's up to you really though. So, where's the best place to find the pictures from? I figure I'll ask rather than do my usual keep to myself and not ask thing...

And yes, well, I had trouble not with the wiki staff per se, just admins on another wiki. Most experiences have been good, but after a bad experience on one wiki (despite liking the rest of the communuty) I am extremely wary of even attempting to help out and it was just so nice to come here and see that everyone seems friendly.

I'm quite surprised to be honest. I would have thought with such a huge community like FF has that the wiki would be extremely strict and cold but judging by what I have seen so far, the worst of the disagreements aren't even half as bad as where I had the problems at. I know I'm going to mess up, it's guaranteed as I'm absent-minded. I just don't like it when people are rude to me about fixing things, it discourages me from even attempting to fix things I know are wrong. I also hate it when people abuse their power or are rude to others who were only trying to help. Xelestial (talk) 02:40, August 16, 2012 (UTC)

Well...and another thing to know about me I suppose is that if I see something wrong, whether it's misinformation or injustice like someone abusing their power, I just have to open my big mouth at least mention it - although always initially friendly of course!

And, alright I gotcha :) It would probably take me at least an hour or two just to figure out how to get things how I want it while it'd take you two seconds but...it's still a kind offer, so I appreciate it. I found a pic, I think. This should be fairly easy. Rinoa is like my spirit character (you know, like spirit animal or something XD) like how it seems you chose Tidus to be yours, so if you keep to her colors (ex. black and blue) then that'd be great. I think

will do for now...I'm very indecisive but I figure I can change it pretty easily once I've got something more concrete? Wow, actually looking at it, I think I used this back on forums when I was 15...guess I haven't changed much ._. Xelestial (talk) 03:18, August 16, 2012 (UTC)

I think so? There's a lot I don't know, though. So maybe not. I was using the talk pages to ask about things in the articles because sometimes they had stuff that was questionable or that contradicted itself. Should I still really use the forum for that? Xelestial (talk) 13:30, August 16, 2012 (UTC)

Thank you thank you thank you! At first when I was reading it I was like "but uhhh, isn't that my image?" XD Thanks a lot! I'll mess around with it...haha I like that quote you chose, funny. I have no idea how that magic works, but I should be able to manipulate it, at least! Sending virtual hugs your way :) Xelestial (talk) 13:30, August 16, 2012 (UTC)

Well, I'm glad you like it! If you want to resize it, remember to use this;

instead of actually editing the image.

Retrieved from "https://finalfantasy.fandom.com/wiki/User_talk:Xelestial?oldid=1422720"
Community content is available under CC-BY-SA unless otherwise noted.