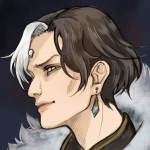 I remembered the Lucavi artworks because they were on the Final Fantasy XIV concept art page. Browsing the categories like Category:Final Fantasy XIV artwork can also help, but they tend to become huge after a while so it's not so convenient.

I don't play FFXIV so I don't actually know very well where they would best fit, and the FFXIV concept art page may thus not be optimally laid out either. We love all new images though, so if it's not already on a page you think it would fit in, it should be a safe bet to upload. If it's artwork we like it on the concept art gallery page as well.Keltainentoukokuu (talk) 09:28, February 6, 2019 (UTC)

Hey, I'm just curious as to where you get the renders from that you've been posting for various bosses (such as the recent Orbonne boss uploads). They look like official renders but I can't find anything on official ff14 websites. --Adonzo (talk) 10:54, February 22, 2019 (UTC)

Retrieved from "https://finalfantasy.fandom.com/wiki/User_talk:The_HGX?oldid=3089138"
Community content is available under CC-BY-SA unless otherwise noted.