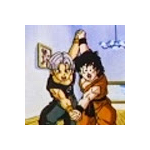 Also, I should tell you that Strago DID adopt Relm. An NPC in Thamasa says so, but only after meeting Strago and before staying at the inn. Crazyswordsman 21:34, 17 November 2006 (UTC)

Titles are included in a chracter page if they still hold that title, just look at Marquis Halim Ondore IV, Emperor Gramis Solidor, Emperor Gestahl, Emperor (I really want to rename this Emperor Mateus Palamecia), and so on. So the General in General Leo's page should be there. Diablocon 17:08, 28 March 2007 (UTC)

When considering a small, remote town like Thamasa, you'll know that everyone knows everyone in that town (the clues around can infer that). And yes, everything NPCs say are true unless designed to be funny or they are supposed to be lying (Zozo). Crazyswordsman 16:01, 26 November 2006 (UTC)

Don't kid me now! I do not recall the 20th Anniversary Ultimania having a bestiary of FFVI. Unless you are ready to prove which Ultimania you are talking about, and is bold enough to provide a screenshot, I believe you are fairly mistaken >:3 AJDurai 03:46, 11 May 2009 (UTC)

Unfortunately I do not have such a copy with me. Thus even if you have provided the pages necessary we still can't verify whether this information is false or otherwise. Perhaps if you included a screenshot, it is more believable, hm? I have websites and game bestiaries to prove you wrong, you know >:3 AJDurai

Of course. I have checked with the in-game bestiary and certain Japanese wikis to verify the stats of both Officer and Templar. And I do believe my knowledge of Japanese kana is adequate enough to know that the current characters stand for each of the enemies. Since you are willing to sort it all out, perhaps a screenshot of Officer and Templar from the Ultimania? That way we can see whether Square Enix retconned itself >:3 AJDurai

I refer to the fourth picture, and it is evident that my edit is correct - じゅうそうへい (Jyuusohei) is indeed Templar and it indeed carries 205 HP >:3 AJDurai

I do believe #39 しかん (Shikan) is an enemy Cadet/Officer that does not appear in the bestiaries >;3 AJDurai

It is called palette-swapping, the practice of reusing sprites to circumvent memory constraints. Also, this type of enemy appeared during the Imperial Camp ambush, and somehow the developers neglected to insert this enemy type into the bestiaries. Most cutscene enemies suffer this fate >:3 AJDurai 03:49, 11 May 2009 (UTC)

I am not quite sure, but I suspect this wiki has a bit of confusion over the Japanese and Romaji naming for each Imperial enemy. I shall check into the Japanese wiki >:3 AJDurai 03:57, 11 May 2009 (UTC)
I've checked into, and found that ていこくへい was mistakenly placed into where しかん should have been. Now I am not sure why the しかん palette is gray when it should have been green. But I believe all confusion is cleared >;3 AJDurai 04:06, 11 May 2009 (UTC)

Retrieved from "https://finalfantasy.fandom.com/wiki/User_talk:Thanos6?oldid=2637184"
Community content is available under CC-BY-SA unless otherwise noted.