Start a Wiki
The Archives of Doom 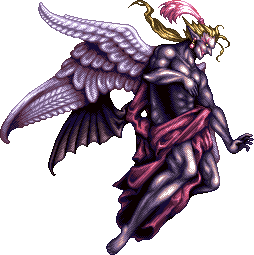 I have a feeling my special:contact is borked (or, somewhat more cynically, that wikia is just ignoring me :p ) but could you send in a message requesting Lua, since I've sent in like 5 separate messages and they haven't done anything? C A T U S E 01:08, September 12, 2014 (UTC)

Done. Wikia don't usually listen to non-admins, often only enabling such features if an admin has requested it. So I've had Tia send it on our behalf, hopefully they should recieve it. If they request any more proof of community consensus or w/e, we can just set up Forum:Scribunto Petition or something.--

Understood! Thanks for fixing up the articles I did so far. I wonder if it's worth adding to the Manual of Style section on enemies or another policy article how to do it properly. Sathka (talk) 22:10, October 2, 2014 (UTC)

No worries, thanks for the Etym :) Another note, we use {{W}} for Wikipedia links, so just {{W|article on wikipedia}} and you're set. I think it's worth adding somewhere if it's not already documented for sure, good catch. It's a pretty new thing, our Etymology namespace.--

No worries, lemme know if you need anything else. ^.^--

I assume you'll want to make the most of being Tifa as leader. So, mandatory: Elemental (Nibelheim piano). Recommended: Full Cure (Cosmo Canyon), Quadra Magic (Mideel Materia Cave), Enemy Skill (Chocobo Sage), Chocobo Lure (Chocobo Farm). In Mideel you can do Contain and Cursed Ring. Optional: Gold Chocobo, and if you do that then you can do remaining Materia Caves and Ancient Forest. I think that's all. JBed (talk) 01:12, October 6, 2014 (UTC)

That is the plan. :D Huh, I only knew about the Elemental from Nibelheim piano, and forgot the rest. I would normally leave Chcocobos til disc 3, but in this playthrough I am overleved as hell (as next episode will show), and that episode will probably have Jimcloud and TA so it'd be appropriate. Thanks! ^.^--

I was actually planning on never using it even against the Weapons other than maybe one episode just to show that it exists, been thinking hard about what materia to use vs Weapons. But I could well do that for the Sephiroth fight... :P--

It's pretty hard for me to be on at the same time as you, even on break. I can make contributions, but not help you directly, so either bug JBed or leave notes for me in the comments.

Mhm, fair enough. Goddamn timezones...
Should be able to get aux2 and aux3 working. Not suree if what I'm doing ie putting them outside of main to be called within main is the right thing?--

Thank you for fixing my many screw-ups on the Artnia pages. Double thank you for not getting on my case about it ^^;; The Promised Imaginary Hero (talk) 21:07, October 9, 2014 (UTC)

It's fine, don't worry about it. Nice work! Anyway, I just posted on your talk page because you needed the welcome template there and because I sent a message. I also did so before I saw this message...:D--

I'll reply here because I'm not sure how notifications on this site work, if they even exist. This way I know you'll get my reply. I actually posted here before I saw your message, too XD Thank you for your compliments too! I really like to edit the wiki. It gives me a sense of accomplishment, and it's informed me a lot in the past too. I am glad that I was able to make a decent contribution, heh. And I wasn't sure if anyone else was going to make the Artnia article, so I went ahead and did. There's still more that needs to be added, but I'm not quite sure what that stuff is. That's all I have to say ! I didn't mean to rant xDD The Promised Imaginary Hero (talk) 21:45, October 9, 2014 (UTC)

Haha, fair enough :D They do exist, but you receive them after a while. And anyway, it's always nice to see a user join with the express interest of helping out the wiki :) I edit too because I enjoy it and feel a sense of accomplishment. I hope you'll like it here ^.^--

Oh...uh, then I messaged the wrong IP address, my apologies >.< I think the Tactics Tip page was moved elsewhere anyways.--

RE: Fira and other stuffEdit

Ah well, no worries. It looks like we'll be able to work around that problem.--

Uploaded everything to the forum page Edit

Awesome! I'll get it uploaded tomorrow. Thanks a lot, this is super helpful. ^.^--

Yeah, 'course you can. You can move it to whatever page you like as long as you don't remove it.--

Also need to remember to sort out/find the drop rates for enemies and add to all ones with the new template, then any page that I'm converting should have them sorted out too. Tomorrow I'll get it done and reply to this message/on IRC when they are.--

Hi, could you throw in the Compilation of FFIV in Template:Battles the same way as you did with FFVII? I'm planning to write some articles from FFIV:TAY, but the template is way too complicated for me to edit. The article I want to add is Battle of Baron. --CrappyScrap (talk) 13:16, December 9, 2014 (UTC)

Hi Technobliterator!! I just came in to realize that you're right. Wordbubbles do exist in this wiki. I have it stored and created a while ago and can be found here. Let me know what you think. JemCel03 09:17, December 26, 2014 (UTC)

I'm more surprised you thought they didn't exist on this wiki. We did start the trend, afterall. :o That looks alright. If you've used them on another wiki, you should know how they work here, but lemme know if you need help. If you scroll up on my talk page, then there's also a decent amount of word bubble usage.--

Re: Few questions about personnel stuffEdit

P.chraca (talk) 01:36, January 6, 2015 (UTC) i don't know if you could help me with this, but when i was playing FF2 origins, I tryed unlocking the Masamune on the Toad minnigame. I got my Toad spell at level 16, (took e 3 hours) play the minnigame, won with no mistakes and all I got were two items (I forgot the name of the item but) and 8000 gil ( you get 40000 gil on the normal minnigame. Why did it gave me less?) Did i miss something or it only works on the GBA and PSP versions? (i looked online and doesn't said which version it has to be on) Also if you don't know, ask other users on the wikia.

I don't know anything about FFII, sorry. You will probably have better luck at Forum:The Dollet Hotel if you want to ask for help, or Walkthrough:Final Fantasy II if a walkthrough writer has covered that part. Assuming you haven't found what you're looking for on the articles, that is (if you haven't there's probably a page that can help). Sorry I couldn't help further.--

P.chraca (talk) 04:35, January 6, 2015 (UTC) ok i found out why I didn't got the masamune in the toad minnigame. I was suppose to play toad minnigame and win the first time whithout making any mistakes. I notice my best time on 0 mistakes from the normal minnigame and I belive that i wasn't suppose to play and make 0 mistakes on the normal minnigame at all if i wanted the sword. I did however beat my time and got more gil and a shield (I already have too much gil and don't use it and I hate the shields in ff2 so i was still upset by it ). I also play the toad minnigame with making some mistakes and got better armor, gloves and helmets. Well it sucks i didn't got the sword ,but i can still get the other one at Pandaemonium, but i wish i could had both of them so i can be over powered. well thanks for the help.

2.9 first link Each monster has a 1 in 8 chance of dropping their rare item; otherwise, they drop their common item. If the monster doesn't have an item in that slot then it doesn't drop anything. If you could edit the template to give a 7/8 chance field and a 1/8 chance, then that would be nice.

Looks like you're confusing drops with morphs, in which case 7.2 first link Each monster has 4 items it can be morphed into. The item you get is randomly determined from among the items, each having a 1 in 4 chance of being the item you get. What the first link says about the morph chance does conflict with what the second link says, but I talked about it with a few people who know what they're talking about and we concluded that the most likely explanation is that the second link is incorrectly treating the number talked about in the first link as the actual value used, rather than a reference to what is actually used. You don't have to do anything about that template wise, the data just needs to be fixed. --Chuckolator (talk) 03:50, January 28, 2015 (UTC)

Hmm...According to my save editor, there are four items an enemy can drop and which it does drop varies, not just two. Unless I'm misremembering. If I am, I can easily split drop into common and rare with these rates. Also, TIL steal rate is based on level. That's interesting. This was super helpful, thanks! I'm going to get data sorted ASAP.--

It seems to align with the info on the GameFAQs article, so yeah, I must be misremembering. Muchas gracias.--

Retrieved from "https://finalfantasy.fandom.com/wiki/User_talk:Technobliterator/archive/2?oldid=2257150"
Community content is available under CC-BY-SA unless otherwise noted.