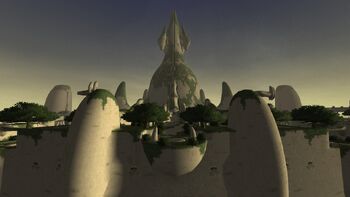 Welcome to my talk page. A place for questions, comments and feedback.

I don't get much talk so I'll probably purge this page every year or so.

This is not a "tyranny of the majority." We are not a government passing law that discriminates against minorities or bolsters our own interests. We are Admins on a wiki voting on if a game warrants full coverage or not. If this was the Admins moving ahead with something that non-Admin members disapprove of, you'd have a cause to complain there. But it isn't, and that is a statement of fact - as it stands now, four Admins including myself support, one opposes, and another abstains. Six out of 13 active Admins, the other seven of which have not voiced an opinion yet. Six votes out of nine. Explain to me where the "tyranny" comes in.

You really don't seem to understand what "tyranny of the majority" means, and are using it just to refer to the fact that since you get outvoted, your opinion is ignored and thus you feel oppressed. What is the alternative? That even if your opinion is the minority, we give you your way and ignore the larger number of people who feel otherwise? That is also oppression, by your logic, but of an even larger group of people.

This is not government or law. It's a damn wiki. There are no shades of grey here, no compromises to some bill being passed to appease both sides. Either we cover something or we don't. And thus this a simple two-sided discussion where you are insisting your side, despite having fewer people who think like you, is the right side, and your opinions are more valid and should be given greater value than the opinions of those who disagree with you. It is selfish, childish, and petty of you to be acting this way. DrakeyC (talk) 20:20, January 3, 2016 (UTC)

So what part of the tyranny of the majority do you not understand? The majority of voters (who have voted before) outweigh the minority on an issue - plain and simple. The oppression of the minority comes in the form of having to deal with the fact that theres content here which they believe does not rightfully exist there, and also that a number of majority voters are not content creators who have to directly deal with said content's presence here, not that I get ignored. I've stated before that I follow the vote, but it does not mean that I agree with it, so I will bring it up when I can. Yes, this is no government and not nearly as severe, but it is identical in principle. Tyranny of the majority is not "tyranny of the admins" nor is it an attack on them so please don't take it as one - it is merely an observation of the popular vote. You can say I'm insisting I'm right (and so is everyone else), but I'm merely stated my piece - my vote. 1 vote which I believe any wiki contributor is entitled to and has no need to substantiate. Call me selfish, childish, stupid or whatever. That's fine. You can hate me, but I don't care so long as my vote still counts.

If there's content you don't like on the wiki, fine, you are entitled to that opinion. But that is not oppression. You are not having your rights infringed on, you are not being forced to do something you do not want to do. I again ask what you think the solution is, if you feel that "oppression" is having to go along with the majority vote when you don't want to.

As for the "a number of majority voters are not content creators," that is elitist, beside the point, and yes, insulting. The implication that our votes do not matter because some of us do not edit the Wiki as much as we used to is absurd, because we are still around on the wiki even if we are not actively editing. But if you really want to play that card, I'll have you know that aside from Eowynjedi, every person that voted in favor has been here just as long as you and, aside from Hexed, has a higher edit count than you.

"I will bring it up when I can" is the problem. You could have just voted for lower coverage and stated your reasons why. But you did not. You chose to insult people who voted for full coverage. Do not tell me it isn't an attack when you say "Techno, you're the only level-headed guy here who can make this distinction" and then call us tyrants running a flawed system, in a post dripping with passive-aggression posturing. And don't think I forgot the AMA, either, where you dragged this drama in front of an audience for a completely unrelated event with no intent or purpose but to whine.

If you disagree with us, fine, you don't have to agree with us. And you don't have to sit down and keep your mouth shut feeling like you can't voice an alternative opinion. What you should do is learn not to be so childish about this, and not act like a drama queen crying that you're oppressed by tyrants just because other people think differently from you on how a video game on a Wiki should be covered. DrakeyC (talk) 04:06, January 4, 2016 (UTC)

Hey Spira, just wanted to check what infoboxes for FFXI there are? I'll need to update them with the new PortableInfoboxes format, but I want to check if there are any other than Enemy Family and Enemy. Thanks!--

Theres Template:Spell FFXI and Template:character quest sheet FFXI. not fond of either of their uses but they're still there somewhere.--Arciele Spira (talk) 03:30, January 11, 2016 (UTC)

Before the thread gets too long, let me give you an idea as to where my ideas are coming from:

Anyway, screen crunch is a bit of a factor with all the ads and obligatory Fandom plugs, so I think tables should be designed with this in mind.
Footnotes in crammed tables display poorly (I'm looking at you, iOS!).

Hello Arciele, me and Man went a bit forward into "List of FFRK characters" talk page. If you please to take a look at there and into my SandBox too, we are in need of technical/style feedbacks.
TTFan from JP (talk) 09:40, September 22, 2016 (UTC)