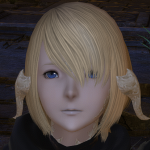 Thanks for the help, and how do you make the video appear and not just the link (like i did)?

Am I correct in thinking that you added last names for some of FFXIV characters recently (I just saw the edit history on Y'shtola's page and kinda assumed that you also moved Thancred, Yda, and Papalymo; maybe few others). I wonder where do they come from exactly; I realise that they'll likely from either somewhere of 3.4+ version or from some lore update on an official website or a forum, but I'd like to know source so it's not some fan going wild.—Kaimi (999,999 CP/5 TP) ∙ 22:26, November 13, 2016 (UTC)

Retrieved from "https://finalfantasy.fandom.com/wiki/User_talk:Sovereign92?oldid=2568694"
Community content is available under CC-BY-SA unless otherwise noted.