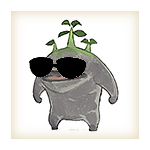 Admin
8,971 Edits since joining this wiki
January 22, 2008
19 Discussion posts
If you need an immediate response, go to the Discord server, if I'm able to edit I will be on there. Also, general staff requests should go to the Staff Noticeboard, not here.

This whole discussion started when I became concerned that any information we have on characters that are released in one region well ahead of another may be spoiler content. What I was looking for there was some kind of disclaimer that the content may not be available in certain regions as yet and is subject to change at any time. And I figured anything in that case would be a spoiler where it's not out yet. Some have called it flat out censorship, but I don't think that's the case. Live content is its own animal, and needs to be dealt with just slightly differently than, say, an upcoming title. We don't really have a specific policy for live content, so the closest thing we have is a policy regarding upcoming games, which makes no mention of the spoiler policy. Can anything be done to make more editors aware of the policies we already have?

In the case of the demo that was just published, I would think all parties involved would be able to determine what is and is not safe for outside sources to publish. But here, We also have this weird case where most of the folks on here already know the original game and can kind of figure out how that plot will go. Going forward, I think it will be important to give the player as much information as is needed to form an opinion of something without necessarily spoiling the whole blasted thing altogether. Something like giving a man a fish versus teaching him to fish. Trouble is, not all editors will use proper discretion in writing. I know that, and so do you. I'm not saying we shouldn't cover it, only that if it's a clear spoiler, then it should be packaged as such. Do you understand where I'm getting at here? Your thoughts would be most appreciated. Swordzmanp236 (talk) 01:00, March 4, 2020 (UTC)

Gameplay content that is released in one region but not yet another is not a spoiler. The spoiler policy is designed for story content. You keep trying to jam this square peg into a round hole and keep ignoring us when we try to explain why you should not be doing that. The spoiler policy does not and will not cover what to do about regional differences because that topic does not intersect with the intended scope of the policy. The correct thing to do in this case is to denote in some manner that the content is currently only available in certain regions. If there ends up being a regional difference in the content, that should be noted as well. I don't believe there is a specific policy for this because "Try to be as accurate and complete as possible" is not really a thing that the we have considered to need an actual policy, because it should be self evident.
As for FFVIIR, all the story content is to be spoiler tagged regardless of if it was in the original FFVII or not, because we spoiler tag the story of all the works we cover regardless of age or how familiar the editors will be with it. So yes, spoilers will be clearly marked where possible because that is already the policy.
My actual question that has somehow turned into this diversion on a completely different page to where the conversation is, was if we were failing to enforce the policy somewhere. You finally answered someone else by pointing out mobile issues. I asked around and the answer there is that the mobile skin does not display most old templates properly, but is due to be replaced soon with one that should work with this kind of thing. From my own testing I found that sections on the mobile skin are pre-collapsed anyway, which conveniently means the spoiler sections of pages are typically collapsed in a way that the spoiler templates can do anyway. For the visibility of the warnings, we'll just have to wait a while.
Now, were there any further ways in which we are failing to enforce the spoiler policy? -- Some Color Mage ~ (Talk) 07:41, March 4, 2020 (UTC)

I suppose the question is this: pick any two articles on the same subject in the same game, and assume that they contain at least one plot point in common; why should one have spoiler tags, while the other does not? So, either the current policy must apply universally, or we go a route suggested by Techno and ditch the whole bleedin' mess altogether (implying that just about everything written here is a spoiler in its own right). To that, I say come on, there's got to be a middle ground somewhere.

Then, assuming we keep the course and don't follow Techno's idea, then both should be tagged. The only place where it's plausible that something could be tagged in one place and untagged in another is if the context changes to one where it's not a spoiler (i.e, an article about X-2 talking about the ending of X), but they will still likely both be tagged in these instances anyway.
Is this an actual problem or a hypothetical? -- Some Color Mage ~ (Talk) 08:55, March 4, 2020 (UTC)

Hypothetical, for the most part. Do you think anybody really has time to search through almost 40,000 pages for plot similarities? Of course not! I don't have any doubts that it exists as a problem, however. That's why I think we need to prevent that kind of thing going forward. Swordzmanp236 (talk) 09:23, March 4, 2020 (UTC)

Well, when there are explicit examples of the problem, they should be fixed. Preventing new examples of a problem are forming is what RecentChanges is for. Cat (meow ∙ hunt) 09:28, March 4, 2020 (UTC)
I expect almost all of our guidelines have been accidentally broken somewhere. We will fix problems as they are encountered, as we always have. -- Some Color Mage ~ (Talk) 09:45, March 4, 2020 (UTC)

Retrieved from "https://finalfantasy.fandom.com/wiki/User_talk:Some_Color_Mage?oldid=3262261"
Community content is available under CC-BY-SA unless otherwise noted.