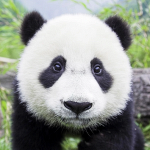 Yeah, I decided to correct some misspellings on a single userpage. I honestly can't believe you would take the time to write a message about that. Don't message me again if you're just going to waste my time and harass me. --Shockstorm (talk) 06:19, December 20, 2012 (UTC)

Ah, you play MGS? I like your style. Which ones? -

The Help:Tags and Disambiguation Pages page says that "(The) Final Fantasy" is to be omitted when tagging pages to the Legend series. Also, I think I started that rename&fix task pretty late at night and forgotten to continue it. Also, I couldn't move as many pages as I wanted to as I don't have the rights to move like 6+ pages in a very short interval of time, so if you were fixing link after me then sorry. I guess I'll continue then.—Kaimi (999,999 CP/5 TP) 23:03, February 6, 2013 (UTC)

You're most certainly welcome. And about the walkthroughs, it's really nice to see that someone's reading them, so thank you for that. Umm, what do you mean plundering the castle? s̅̅s̅̅o̅̅r̅̅c̅̅̅̅e̅̅n̅̅i̅̅v̅̅i̅̅d̅̅ 06:49, May 13, 2013 (UTC)

Ohhh...I was thinking "what doesn't she mind about plundering a castle?" Yep. I censored it because not everyone in this place are Kaicil shippers, and most of the people here are straight. Other than that, - CENSORED You pair Cecil and Kain? :3 Wait, are you male or female? s̅̅s̅̅o̅̅r̅̅c̅̅̅̅e̅̅n̅̅i̅̅v̅̅i̅̅d̅̅ 07:04, May 13, 2013 (UTC)

How long do you plan to stay for this time? :) Tia-Lewise

I wasn't making a big fuss about it, dude. Just explaining my situation. I'm naturally boisterous and cantankerous but still. s̅̅s̅̅o̅̅r̅̅c̅̅̅̅e̅̅n̅̅i̅̅v̅̅i̅̅d̅̅ 05:48, May 19, 2013 (UTC)

Sorry, I just read your reply. What, me, hostile? Since when? Whatever it is, I wasn't trying to be. s̅̅s̅̅o̅̅r̅̅c̅̅̅̅e̅̅n̅̅i̅̅v̅̅i̅̅d̅̅ 09:26, May 23, 2013 (UTC)

Forum:When linking to something game-specific link to game-specific pages. It is appropriate to link the ListOf pages since they are more immediately relevant to the user. JBed (talk) 13:35, June 11, 2013 (UTC)

Why yes, yes it is my opinion. The forum also sheds a bit of light on other people's opinions on the matter. After all, it is also your opinion that we always link to the recurring option whenever possible. That's not official policy either.
I would love to prevent potential edit wars. If you have any thoughts on the matter you can post it in that forum. Maybe we can make something official policy! JBed (talk) 20:03, June 11, 2013 (UTC)

Sorry about making all that extra work for you, I could've sworn I fixed it months ago >_< Well, I think I found the problem, so it shouldn't happen again.

By the way, do you have the ability to move pages without leaving a redirect, have the 'rollback' button next to edits in Recent Changes, and the ability to move files? I was logged in as Intangir Bot changing some things and noticed that even though he isn't a mod, he can do all those things. But I don't know if this is because he's a bot or because Wikia's herpaderping. C A T U S E 18:27, June 16, 2013 (UTC)

Sorry about those two, I am meaning to just replace the old ones with new versions rather than upload new images, missed those ones. Thanks for putting them on the pages and adding back the bestiaries. Drake Clawfang (talk) 05:16, June 29, 2013 (UTC)

Np, that's what I was thinking. I think I got all the non-undead (skeleton/zombie) images you've uploaded, and I'm putting them on the List of Enemies page. I'll leave the undead to you or Kelt since I have trouble identifying them. --Shockstorm (talk) 05:19, June 29, 2013 (UTC)

All the rare game enemies share the same model with the one they are "evolved forms" of. The only one who doesn't is the Urutan Exile, but in the end it's just an ordinary Urutan, only bigger and with no cape. As for FFX models, it's the same thing. The reason is: why create two models that look exactly the same if we don't use them differently? --Pmbarbieri (talk) 10:57, July 8, 2013 (UTC)

Oh, I don't mind. I'm not sure which we should keep: "Reaper-ffxii.png" or "XII mors render.png". They're likely the same monster (Mors iirc is the Italian name for the rare game derivation), but the colors are different. Edit: Actually, just checked, Mors = Reaper on the Italian wiki. --Shockstorm (talk) 17:10, July 11, 2013 (UTC)

They've both got merits, your images in general have the visual effects the raw models don't (I haven't replaced several for that reason, they're better with such effects regardless of image quality), mine are more crisp. Either one could stay, up to you which. Drake Clawfang (talk) 17:37, July 11, 2013 (UTC)

Did I seriously forget to do all the relinking when I moved the Katana article? Aww man. Thanks for doing that, it honestly slipped my mind. Tia-Lewise

Of course, it's a game I've been playing since the beta for the 1.0 variance ^^; and it just bothered me that next to none of the information sites actually had that information. Such is even important to those who only RP around the lore of it, but hey, nice to meet you I suppose. Embergale (talk) 07:07, July 28, 2013 (UTC)

Retrieved from "https://finalfantasy.fandom.com/wiki/User_talk:Shockstorm?oldid=1699112"
Community content is available under CC-BY-SA unless otherwise noted.