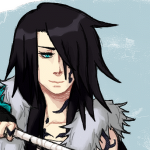 Here's me hoping not to break anything while doing the FFBE stuff. (...Except I don't know what the Range and Magnification columns stand for...)

I think that'd be a good idea! ...although, shouldn't we also arrange them alphabetically or something? Like, to make things easier to read, unless they are in an specific order and I haven't realized that yet?| ShiroxCloud ♔ (talk) 04:52, October 1, 2016 (UTC)

I'll see what I can do. Like, I know a bit about Global, but not so much of the Japanese version. But I think, even if they are in the wrong section, we can always change it when more info/traslations surface, right?| ShiroxCloud ♔ (talk) 00:27, October 5, 2016 (UTC)

I've seen that you have uploaded the JP banner of "Vision of Bahamut" and added the translation so, here's my question: could you do the same with all the events that are not exclusive in the GL version? And maybe we can add some JP exclusive events too, like the one from Terra Battle and the first one of Romancing SaGa.

There's really no reason to include that rather random "-" in file names for FFBE banners. Also, it's not exactly a standard what you're doing: our FFRK banner images don't have that "-" in their file names and are pretty much recognizable names, therefore I suggest dropping the "-" from all your future FFBE banner file names. We have way too many different file naming conventions to keep up with it all.—Kaimi (999,999 CP/5 TP) ∙ 18:44, May 14, 2017 (UTC)

I saw you are the one who writes info on FFBE vision characters. I have a question: this book is in Japanese, right? If so, what is Japanese on Ardra, which was given as a continent from which several characters hailed?--LeafShinobi (talk) 20:58, May 15, 2017 (UTC)

Thanks for working on FFBE articles Edit

The Characters category is for recurring characters in the FF series, basically those who appear in more than one game. If a character appears in just one game/subseries, then it just gets the [Game name] character category and infobox. Sora is a recurring character, but Riku isn't so I think his article is wrong.Keltainentoukokuu (talk) 02:17, July 28, 2018 (UTC)

Great new artworks for FFBE! The name of the publication of where they're from would be good for categorisation or just to mention in the image page.

I was thinking that the "Characters" section in the Final Fantasy Brave Exvius concept art page is a bit unwieldy and could be broken up further. Now it's just artwork and sprite artwork, which seems good to keep separate seeing their different purpose. I don't know so much about FFBE to divide it, though. Other games have "Main characters", "support characters", "antagonists" and "other" where "main characters" refers to playable characters, but in FFBE almost everyone becomes playable?Keltainentoukokuu (talk) 16:05, February 4, 2019 (UTC)

Most were shown on streams and/or Fan Festa. I'm pretty sure three(?) are in The Art Works II and the rest in The Art Works III (can't really say since, sadly, I don't have the books). They are all by the same artist, Yuusu Naito Yusuke Naora (直良有祐), so that could help?
Yep, in this game if you're a character, you're pretty much bound to be playable at some point. So, my best guess for categorisation is the way I divided them on Final Fantasy Brave Exvius characters: main charas (the only units obtained by playing the main story + Raegen), antagonists, supporting (appear on world & story), event-only, other (notable quest-givers), and units (which includes all visions w\o bearing in the story or world, and non-FFBE units).
If you think that's unwieldy, that's not even taking into account these character illustrations shown at Fan Festa https://brave-exvius.com/threads/fan-festa-artwork.44386/ (those are for pretty much every FFBE-original unit released in the GL version until last month). :P -- ShiroxCloud ♔ (talk) 18:44, February 4, 2019 (UTC)

That FFBE characters list article has a good division. Could use that for the artwork page too. There could be a category:Yuusu Naito artwork category if artist is known. Mentioning where images are from on the image page is good just so we'll know where they came from.
Those illustrations are great! FFBE seems like such a suddenly huge and popular game. They had a whole event for it with so much stuff.Keltainentoukokuu (talk) 12:00, February 5, 2019 (UTC)

Oops, I've just realized that those Orders artworks actually are by Yusuke Naora, so that's even better?
I don't know how popular it is (though the reddit community is sizeable), but the main producer really likes to promote the game in person (they hold streams every month in JP, and all three anniversaries have had the Fan Festa, in which they like to show stuff). -- ShiroxCloud ♔ (talk) 20:05, February 5, 2019 (UTC)

Naora is not credited on his article for FFBE (but does that game even have "ending credits"?), but the signature does look similar. Seems to be safe to put them to category:Yusuke Naora Final Fantasy Brave Exvius artwork.Keltainentoukokuu (talk) 20:10, February 5, 2019 (UTC)

Sure, though I'll do that after finishing the two gameplay pages I'm working on. I've only seen those from the first artbook, though (and the art from Fan Festa). Are there more from the other books?-- ShiroxCloud ♔ (talk) 17:37, March 4, 2019 (UTC)

Heh, I've been playing since November 2016 myself (got Orlandeau as my 1st rainbow a bit before the time of the Titan FFXIV event, and boy did he make my life easier; he was my lead for the longest time and I can get him to 2k ATK but I decided to finally retire him and put Barb instead).

Sara's AoE mirage is really, really useful; I haven't ever used Celes tho, since I have Manufactured Nethicite. Zarg 7* is cool, yet I always find myself using MS Nichol, haha. [Like, Nichol saved my behind in the Venomous Vines trial: I had Hyoh and a Hyoh friend, but I don't have much TDH gear (no Marshal Glove), Sieghard was berserked, and I needed to chain their LBs for the mission; I despaired because my Hyoh was a few burst stones short but, lo and behold, Nichol could fill his LB and I got the mission.] But yup, Loren is busted and I love her.

Looking at the reddit thread for Alpherg, it seems like it is the toughest 10-man yet, but everyone is using Tornado chainers so you can't go wrong there. (?) Then Folka is amazing (I wish I had her), and Lid is good, even at 6*.

It's hard to find friends with healers as leads. I couldn't pull her so I can't help you there u.u But I can't quite judge your madness since working on the gameplay pages for the main charas is pretty crazy :P -- ShiroxCloud ♔ (talk) 03:11, March 5, 2019 (UTC)

Use you Folka, man! Not to mention her MP regen/mitigation/ailment resist/heals, her break-removing skills are handy! (also Alpherg does a bunch of water damage so Folka shines in that field as well).

I've done all 10-man and espers, except for Alpherg and Alexander 3*. I'll admit I'm not a great player, because I always look for team comps/strategies/guides rather than figuring them out by myself.

After someone mentioned it on reddit, I defeated Calcabrina: big breaks, Tornado chainers, Type-0 summon, 130% buff, and Reberta (or was it Malphasie?) friend as finisher; both waves took one turn each :P ...and the strategy against Odin was something similar.
Malboro 2.0 took me not too long as well, since I went a no healer route: MS Nichol who regens/mitigates/MP recovers (the undisputed MVP), Emperor as finisher, 95% evade Sieghard, Loren, plant-killer/fire Hyoh, plus fire friend Hyoh. I did do them a few months after release, so there was some powercreep in play there.-- ShiroxCloud ♔ (talk) 22:33, March 5, 2019 (UTC)

I'm not sure about easy, since he can kill Chow (1.2k SPR, 120% Water resist w\o buffs) and Sieghard pretty easily on some turns or thresholds. And yeah, Rem is replaceable by any of those, as long as they have high MAG. Looking at her kit, Folka's Sobering Waters buffs against half status ailments, DEF/SPR breaks and more importantly Stop (while Sobering Waters does the rest): that (and reraise for the tanks) will save you a few turns that I had to use Eiko/Zarg for, haha. SS Nichol seems like a solid choice.

Uh, I didn't know that... perhaps I should've checked the ability list better. ^.^U For the last threshold, there's no need for AoE reraise (even though it's nice safety net). Just have Folka cast reraise on Chow. He'll be the only one that dies.

Thanks! Would have missed that one otherwise. Too bad the weapons don't seem to have cooler names, but I get they should be called "Ulric's kukris" in FFXV to make the reference to Kinsglaive obvious.Keltainentoukokuu (talk) 16:10, March 5, 2019 (UTC)

hey can you find sprites for ffbe.

No, man, why do you gotta spoil me like that? :/ I follow the story in GL, and I don't want to know anything about JP.

But to answer your question: I've got field sprites for Yego (as a child and with malboros), Eldareet, all the espers (except Alexander?, Anima?, Ashura and Black Dragon - I'm not sure where in the game's files they are supposed to be ^_^U), and maybe the Chaotic Darkness. I just haven't uploaded yet. And I think here's a bunch of things you want: https://exvius.gg/jp/diffs/assets/231

Retrieved from "https://finalfantasy.fandom.com/wiki/User_talk:ShiroxCloud?oldid=3173800"
Community content is available under CC-BY-SA unless otherwise noted.