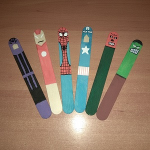 Though personally, I'd suggest not fixing English on people's userpages. It's not your problem and it's not as hilarious. Link fixing won't cause problems though; nor fixing user-incapabilities with coding.  ILHI 16:43, 1 March 2009 (UTC)

The After is sub of IV; Legend of the Crystals is sub of V; the compilation is sub of VII; X-2 is sub of X; RW is sub of XII; FFCC: additions are sub of FFCC. Tactics Advance is not sub of Tactics; not TA2 sub of TA. I don't know why but that's how it's done.

Perhaps you can help clear up a little problem. You uploaded Image talk:Ffx-fayth Jecht.jpg a couple years ago. Could you tell us where you found that image exactly? Drake Clawfang 02:47, 18 April 2009 (UTC)

Retrieved from "https://finalfantasy.fandom.com/wiki/User_talk:Shabook?oldid=2106615"
Community content is available under CC-BY-SA unless otherwise noted.