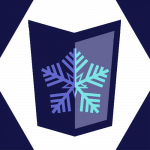 Just popping in to say hiEdit

Hey, can anyone add on to the stories, because I think I may just have something that would work as sort of a "background story" to the rest of the conflict (I added the base concept to the Dissidia Dream Characters, have a look would you?). I assume since this seems to be mostly your brainchild you are in charge, correct? Anyway, if you get a chance, please respond on my talk page. Exdeath64 06:33, 31 August 2009 (UTC)

Hi, i want t know if you are ok if my sujestion(see the dissidia draem character topic) by the way do you like Disgaea?Sindra The Fire Angel 01:03, September 9, 2009 (UTC)

wow you realy have a nice taste to games^^, ok i gona see what i can do about the sprites, any big progress i contact you. see ya DOOD XDSindra The Fire Angel 02:10, September 10, 2009 (UTC)

I noticed that while I was going through the list of templates, you have a multitude of talk bubbles on the templatespace. Therefore I had to flag the extra ones for deletion (except Template:PM). You are only allowed one talk bubble per user. Sorry, but them's the rules. Jeppo (Talk | contribs) 20:01, October 22, 2009 (UTC)

You could just do what I do and post the source code, that way you can tweak the thing to specific threads and such (and shoot out sarcasm at a whim). I even archive some of my other ones for use the same way (IE: The Christmas one) Exdeath64 21:04, October 26, 2009 (UTC)

Want a copy of the key's? Just promise not to scratch the paint. Edit

Hey PM, just letting you know that I'm deleting your excess talk bubbles. I think the unused ones don't link to anything (like the Byron one), and the code is preserved on your page. 8bit 20:16, October 31, 2009 (UTC)

There's a one talk bubble rule. I let people know in advance, of course, but sooner or later all but one are deleted. I assume you were asking for more time to preserve the code? 8bit 20:21, October 31, 2009 (UTC)

Hi, I have an invitation for you Edit

Forum:I have an Idea for a Final Fantasy Ivalice Game.

An idea regarding the continuation of Dissidia Wars Edit

Do you recall that contest we had a few years back? You know, that tourney where Vivi won? I was thinking: is it not possible to do something similar with the characters from Dissida Wars? We have a ton of them, we could par them up and set them in stages, then have people vote on who would come out on top, this would continue through tiers until only one is remaining, to be considered the "Top fanmade warrior". I am fully aware that this would take a while considering just how many characters we have (It think its in the 50s, it's been a while since I've been down there though, been rather busy with school and playing my copy of Dissida), but it could be rather fun. Exdeath64 18:27, January 26, 2010 (UTC)

Not sure. I say that we wait a little bit before closing the polls and announcing the winners. VoidCommanderExdeath 20:21, March 9, 2010 (UTC)

Sorry if late, but i added incomplete profiles on Lightning & Dylsey(from my own Dissidia series) for review.Fractyl2 16:28, April 8, 2010 (UTC)

You need to check this out Edit

I've set up the grouping for the first round of the best stage competition, unfortunately I may also be busy with work but I'll try to put in time to the project when possible. Anyway, have fun voting and good luck in the competition! Mog&Boko 18:18, September 20, 2010 (UTC)

It's cool to see you again.

I'm not trying to make mine more popular than DDC, I'm just trying to have a discussion with some other people about their Ideas for new movesets and other stuff, DDC seemed a bit too large and far along to do that, so I created my own forum to try and accomplish that goal. People seem to think that I'm just copying DDC, which I'm not. I've actually considered posting stuff on DDC. It's not a bad forum. I just don't think it will help with what I'm trying to acheive. I'd love to have your help if your willing. Ruination To All 18:50, June 18, 2011 (UTC)

Dissidia Dream Characters Wikia. Also how are you friend? Edit

Hello there Pikmin Master. Holy hell was the DA club a failure, but I'm keeping it up because we will need a nice place for artwork ;3

Sorry about failing on that. I've been thinking a bit about opening a fan Wikia for Dissidia Dream Characters. What do you think?

Don't worry, we'll find a way to get a lot of members and viewers into the Wikia.

I'm going to get started on the rules and ettiqute for DDC Wikia. By the way, would you like to be the head of DDC Wikia?

So much for me also being here often. I'm working on a video game, and that's requiring my creative resources more than not. >w<; Sorry about leaving you guys in the dust without letting you guys know.

Yep ;3 Soulforce World's the name. It's an action adventure hack and slash RPG. I've been quite busy with the story, the gameplay workings, the characters, the promotion, the art... lots of stuff. I have a second DA account for it, although there's nothing too much on it. I've also had a hell of a week too. Hopefully I will get the rules and established summaries to you by this weekend.

Rule 1: Do not plagiarize. Claiming movesets as your own, or merely copying a moveset and minorly changing certain details does not mean you have made a complete moveset. If there are specific abilities or properties you would like to use, ask permission. Be original, or collaborate.

Rule 2: If there is a character with one or more movesets, do not overwrite or delete others movesets if they are already made, unless they are yours personally.

Rule 3: Finish Movesets completely before posting them up. We will delete movesets that are incomplete. We don't mean any hard feelings by this though.

Rule 4: Wikia is a "worksafe" wikia, therefore meaning that anything "obscene and inappropriate" for the "public eye" will have to be taken off. Sorry, and we don't want to do it, but wikia says so. But we will use our better judgment to decide what crosses the line and what intentions are intended.

Rule 5: Don't be a dick. Don't be a rude dumbass. Don't have an attitude that will result in drama and internet fighting. Trolling is for children with nothing to do with their spoiled lives. This applies to everyone.

Rule 7: If people are giving you crap, report it to Mask No Oni. He'll give a thorough investigation and decide what is to be done. A little warning for darker intentions, abusing this right for selfish means will result in karmic backlash.

What do you think?

Rule 1: Do not plagerize. Claiming movesets as your own, or merely copying a moveset and minorly changing certain details does not mean you have made a complete moveset. If there are specific abilities or properties you would like to use, ask permission. Be original, or collaborate.

I would have to say PM.... Probably around the time I get my game's site up and running as well.

We're going to also want a banner and some wikia backgrounds too... You don't mind coming up with them either, do you?

Retrieved from "https://finalfantasy.fandom.com/wiki/User_talk:Pikmin_Master?oldid=2106719"
Community content is available under CC-BY-SA unless otherwise noted.