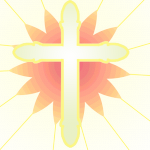 Thank You For The Welcoming! Edit

Oh my gosh, I love those things too!! BlueLionheart

Indeed I will categorize them. Thank you for informing me! I will make sure to add info about the monsters. The only problem I have is figuring out how to set the information box on the monster's page. PaladinDragon 03:04, September 28, 2009 (UTC)

See, the thing is... we don't have an infobox for Echoes of Time enemies. XD I haven't found any source that gives individual enemy stats, and I don't even know what some of the enemies are even called. Also, enemy stats differ as they level up, so there's some level of ambiguity there. I suppose if an enemy infobox were to be created, it would look like the Ring of Fates enemy template we have. 8bit 03:10, September 28, 2009 (UTC)

PaladinDragon 03:20, September 28, 2009 (UTC) Oh, okay. Do you think the bomb page is okay as it is then? http://finalfantasy.wikia.com/wiki/Bomb_(Echoes_of_Time) Thank you again for the help!

Ack, sorry about that. I will make sure.

Obviously, your work on adding images to the various enemy pages is appreciated. As a note though, the "thumb" tag should only be used for images which have a background of some kind. If the image is an enemy sprite or model, the thumb tag should be left out, and you just put the size and caption. Elemental (Enemy) shows when the thumb tag should and shouldn't be used. One of the reasons for this is that on pages like Bat, small images end up with large captions that drag out the size of the image box.

Yay, more screenshot images 8D When you categorize, could you use Category: Final Fantasy IV DS Enemy Images, please? The "DS" subcategory is in there for another level of organization - sorry for brining it up so late. I can categorize the images you've already uploaded later - just something to keep in mind for future images. Thanks again :) 8bit 04:05, October 29, 2009 (UTC)

PaladinDragon 22:40, February 8, 2010 (UTC) That I know of the image has to be in the gif or png format. If you use ms paint, I don't think the image can be transparent (regardless of its format). There's programs such as paintshop pro or adobe photoshop that can make the images transparent. They cost some bucks but they usually have free trials that last a while.

Thank you again for uploading all these transparent images ^^ You've blazed through the VII items and now you're doing DoC, and we've been slow in deleting even the VII enemy ones ._. 8bit 03:10, May 25, 2010 (UTC)

Heads up - a lot of the FFVII item images you're nominating for deletion are still linked to on the Final Fantasy VII items page. They're in a big gallery at the bottom. I've deleted some already before noticing they were linked >< so I'll fix those. In the future, could you please change the links on that pages before nominating the old ones for deletion? Thanks - 8bit 03:44, June 1, 2010 (UTC)

PaladinDragon 04:06, June 1, 2010 (UTC) Sorry about that. I actually did put the images on that page except I never saved it-- I planed on saving it later. (it' a pain in the butt to have to keep saving such a large page). I'll make sure to save it more often though. Sorry, again.

I would like to request that you stop making elemental images transparent. The problem with elementals and transparency is that elementals are somewhat transparent as it is. Because of that, the elementals naturally retain some of the colors of their background, inevitably tinting the image incorrectly. Compare this and this. See how one is so much darker than the other? That's because transparency + elementals = failure. It's not really your fault, it just happens. As such, I would like to request you leave the elemental images in their natural black background. Jimcloud 05:01, March 2, 2011 (UTC)

Hey bud! I was just wondering where you obtained the pics for the Desert Rose, Earth Harp and Guide Book, as I can't find them anywhere in the Bonus Disc for the International Version. Thanks! DynamixDJ

Retrieved from "https://finalfantasy.fandom.com/wiki/User_talk:PaladinDragon?oldid=2980628"
Community content is available under CC-BY-SA unless otherwise noted.