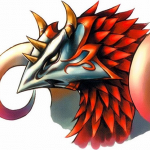 I replied to your comments before I deleted them, if you can't look at the edit history and retrieve them, that's not my problem. As for my hypocrisy in using the term "fool" - well, I'm not the one who hates FF12. Drake Clawfang 08:20, 20 June 2009 (UTC)

I did make a point, then I removed it, again, if you can't find it that's not my problem. And not making a point and antagonizing another user is what you're doing right now, you're complaining about me to another user in a topic that doesn't even involve me. I checked my dictionary - to me, anyone who considers FF12 the worst game in a series with VIII and Mystic Quest, is a fool.

Anyway, as you wish, I'll not reply further. As I would expect of one with your tastes, most of what you've said hadn't been too interesting anyway. Drake Clawfang 08:39, 20 June 2009 (UTC)

I didn't track down your talk page, it was on my watchlist. And you do indeed consider XII the worst game in the series, get your userpage straight. Drake Clawfang 09:22, 20 June 2009 (UTC)

Illegal download sites are illegal no matter where you are on the web. It wouldn't be illegal if he already owned all of those games, but he doesn't, therefore if he downloaded them it would be illegal. (Unless deleted after 24 hours, I think, laws are funny)  ILHI 12:55, 20 June 2009 (UTC) 1. ROMAJI. There is no "N". 2. No, you said "I didn't know that rule but come on, this place has more rules than a public pool" -- *ahem* - This is not a rule created by the FFWiki, this is a law, it is ILLEGAL. Even if you send it him by email, you'll still be breaking the law. EDIT: well actually, I think it's only illegal to download it, but supplying the illegal download can't be overlooked)  ILHI 13:01, 20 June 2009 (UTC)

This is a test. This is for continuing to fuel a flamewar in the Peanut Gallery. Despite your claims to be the better man, you cannot apparently leave the debate and refuse to "answer the troll", when in fact you are embodying trollish behavior. I advise Werefang that if he is to reply to Neo's post in a similar incendiary manner, he will also receive a warning like this. 8bit 04:23, 26 June 2009 (UTC)

Flaming should never, ever be your first response. For that, your personal attacks, continuing the argument and using unacceptable terms (an utter cuntbag who can't argue for ...? Please.), you get one of these.

Here's the simple solution: if you can't speak civilly, don't respond to each other. At all. The person who makes an inflammatory reference to the other gets a warning. If you respond, you get one too. We continue until you come to your senses, or one (or both) of you get banned. — YuanSaluto!Acta 23:42, 26 June 2009 (UTC)

Read what I said: if he talks to you here, he will get the same treatment. Please stop trying to make yourself out to be the victim, when it is blatantly obvious to the Staff that you are not, due to your responses. Had you not responded at all, it would never have started up. The Staff is not saying that you're trolling him, but that you were trying to provoke a flame war: something which you have explicitly stated. Now, had you kept your cool, and Werefang was trolling and continued to do so, then it would be him that recieved the warnings. Your flaming has caused nothing but annoyance to the community. If you're sick of dealing with him, then don't respond, as I suggested. — YuanSaluto!Acta 00:18, 27 June 2009 (UTC)

"When someone's annoying me, it's my basic policy to be a giant douche to them until they leave me alone.", "responses WILL end in a flame war" and "I do admit to flaming & discontent."

Pretty blatant admissions from my point of view. We don't look kindly on people whose kneejerk response is to attack the other person.

"So, you're finally going to do something about Werefang if he responds again?"

I said I would do that from the beginning. He hasn't done anything, so he didn't recieve a test. 8bit gave you the first one, and I have no control over that.

And yet you admit that all you were getting was a vibe from him. You also said it would be hard to "prove" it to the Staff members that you were being trolled, and then say that it's "obvious" that you were. Which is it?

I've asked him to stop privately, and he agreed. I've asked you, you continued. If you do so again, you will be tested again. You get treated equally in this. Since it means that the person who behaves doesn't get punished, it is pretty effective.

It seems to me that the only outcome you would be happy with is the staff siding with you. Now I'll take my own advice and step away from this. — YuanSaluto!Acta 00:49, 27 June 2009 (UTC)

Yes. I don't know how to do all this stuff yet, with the templates, but here it is http://finalfantasy.wikia.com/wiki/User:BlackFire I'm trying to learn how to save my talktemplate right now, so people know who I am and stuff >.<

The only thing I can think of is why despite the fact the villians say Shinryu never wakes,he appears in Inward Chaos. I'll try to put my own answers to those questions also Naruto195 04:49, January 1, 2010 (UTC)

Seems like a possibility I mean look at him in the other games,toughest boss and in Dissdiia since he isn't fightable(Which would be FUCKING AWESOME,if ya ask me)I guess Square just wanted to mess around Naruto195 05:08, January 1, 2010 (UTC)

Yo, you don't seem to be logged in. Either that, or someone is impersonating you. I'm sure you noticed, but I had to say something.

Mm, that's what I thought. I don't have to log in, it automatically does it when I turn on my laptop. I'll keep a look out for impersonators, now that the ideas there T_T

Retrieved from "https://finalfantasy.fandom.com/wiki/User_talk:Neo_Bahamut?oldid=3211277"
Community content is available under CC-BY-SA unless otherwise noted.