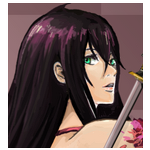 I had fun with this one. Pretty sure this is the number one best Eidolon I've made so far to completely destroy the enemy that hasn't had more than one unit active. Take a look. ;) Bluestarultor

Nice looks better then the one I come up with, would it be okay if I just replace my version with yours?  NeoZEROX

Not at all. Actually, I wasn't aware you already had one made up. I just wanted to do it. XD Bluestarultor

Lol, well I do have best Eidolon. :P  NeoZEROX

I'll admit it's always been one of my favorites, too. It's actually the first one I planned out when I started making them after I did Brothers, but I somehow never got around to it. Bluestarultor

If I haven't miscounted, you've voted in 12 fights so far -- Sorceror Nobody

Hi! I am one of your fun club members and - you are now my special member at my International Wolves Arena. Come and Vote, I need your voice! --Occuria Summoner 14:50,January 8 ,2012(UTC)

Yeah thanks but I don't normally edit wikis I'm not normally in, beside I only vote in a few arenas. Thanks anyway.  NeoZEROX

Late commendation is late but better than not at all --

Sorry to intrude, but that picture of your talk template you showed to JBed... You had a different Monobook skin. You've obviously altered it... Where did you learn that? :) -

SilverCrono show me this, it really simple you just go copy of skin you like from another wiki paste to your /monobook.css subpage and edit it however you like, or keep as is. I guess you can make your own too, but all coding just confuse me. >>  NeoZEROX

Oh, cool. Thanks for letting me know. :) You wouldn't mind if I borrowed and edited yours, would you? -

Oh, and if you wanted to see how my tinkering turned out, you can see here. :) -

Retrieved from "https://finalfantasy.fandom.com/wiki/User_talk:NeoBahamutZEROX?oldid=3211240"
Community content is available under CC-BY-SA unless otherwise noted.