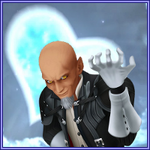 okay, thanks for your company MirrorshardSceada, one question i have is, how do you change your avatar picture with a saved photo and not the selections provided. Comment left by Shadowblitzace at 03:39, March 18, 2011

I saw you on the wiki earlier, when you updated the LTO and handed out those VIP cards (thanks, btw :P), but you haven't been on IRC. I have my half of the story ready to discuss, and it would be great if we can update today >_> -- Sorceror Nobody

that could be true but there is one small problem. the characters introduced in dissidia 012 are MAIN characters and come in LATER games...so yeah unless you can find a contradiction in that that still makes it a prequel, i will continue to edit.

If I haven't miscounted, you've voted in 12 fights so far -- Sorceror Nobody

Oh, hello :D It are from Final Fantasy XI :D I hope have helped! ——Preceding unsigned comment was added by Nomarine (talk • contribs). Please sign your posts with ~~~~.

I catch it from this site: http://ffxiv.gamerescape.com/wiki/Fire_%28Attribute%29 Is that I seen that the icons that the site have are very small, so I look for biggers. ——Preceding unsigned comment was added by Nomarine (talk • contribs). Please sign your posts with ~~~~.

Speaking of Mafia, can you spare a few minutes to nip onto IRC? You may have noticed that we have a problem... -- Sorceror Nobody

Hello, MirrorshardSceada. Can you take a look at my Talk Template and try to fix it? I'm trying to add multiple templates, but it's not working! SidVI

Thanks from the BSA! Edit

Congrats! You're the first to get my new award template! :D Bluestarultor

Thanks for going all the way!

We have a problem Edit

Well, it's partly the same problem we've had for a month now, but it's become reinforced. You may have noticed that Oavatos has now gone into wikideparture, which means that we've gone from waiting for four players in Mafia VI to waiting for three and losing another one. I just saw you vote in the FEC, so I was wondering if you have time to spare to come on IRC and discuss how to deal with this. Then again, there's not really any rush, I suppose... -- Sorceror Nobody

Well, at least I managed to actually give it to someone on the actual day, rather than it being late. I really should keep track of the dates better... check on them more frequently : / Anyway, enjoy your shineh commendation, Sceada -- Sorceror Nobody

Hey Mirror I would like to have my User:ChronoKai/Demon's Claw Colloseum become a sponser for yuor travel office! Be sure to come and vote every once in a while!

AAAH I'M SO SORRY! I ACCIDENTALLY DELETED ALL OF YOUR "GAMES" SECTION! I'm extremely sorry... I meant to copy it and edit it a bit, but I accidentally edited it there. I'm soo sorry :( I cannot say I'm sorry enough. I have no idea what I can do now... :( :( :(.  Ultimate

I'm still feeling extremely guilty, if I can do anything at all for you, you name it, I'll do it. Again, I'm so sorry :(.  Ultimate

Don't worry about it. The edit has been undone, so all is back in place, so there is really no need to worry. Just for future reference, if you want to try something out like that, don't do it on the page itself, but rather copy the code, and test it out in your Sandbox. That's what it is there for, after all. MirrorshardSceada 15:51, September 16, 2011 (UTC)

OK, thanks a lot, I didn't know you could undo edits O.o. I feel a bit of an idiot now. Thanks for the advice too :P. And by the way, my offer still stands, though I doubt I will be able to help you with much that you can't actually do yourself XD.  Ultimate

Hey Mirror, It's LegendAqua, any chance you can sponsor The Lightning Colosseum in turn i can sponsor you for the LTO?...Vote some time(even though i think you did :D) LegendAqua  (Talk/ Colosseum/ QFC) 11:43, October 8, 2011 (UTC)

You said you were in the Sandsea, right? Which one is it, and at what point in the story are you at? I recently got past the Sandsea, and I found it rather easy. Remember that you have to make your team balanced, and two-three characters should have Quicknenings, and try to get everyone to have Martyr and Inquisitor. SidVI

Truth be told I do not even remember the name of the Sandsea anymore, and my characters are pretty broken because I clearly failed at using the Gambit system effectively - they never really do what I want >.> So I figured quite some time ago, that if I would find the time to pick it up again, I'd start all over again. Better replay the entire thing up to that point and enjoy the story once more than go on with broken characters.^^" MirrorshardSceada 13:46, November 3, 2011 (UTC)

Well, you should replay (and restart) it, and remember to have a "plan" on who will do what (like Basch is the tank, Vaan is the Red Mage, etc.). It'll make the game many times more enjoyable, and as always, do this after you're finished with all of your other commitments - power to you man. P.S.: What did you mean by broken? And also, I have a grasp on the Gambit system but I am not a pro, so you can ask me about them in future. SidVI

Thanks a lot for the Award!  Ultimate

Hey MSS. Glad to see you're back! Quick question though, are you still going to update your arena? (Also, I started my own arena by taking over Leon's old arena, The Judge's Domain, so can you check it out? You can click the picture next to my signature). SidVI

Thanks for the welcome =) About my arena, I am still unsure, in any case, I am letting it rest for the moment while I sort out some things in real life. I'll take care of it and either update or formally close it once things have calmed down a bit. MirrorshardSceada 12:09, March 25, 2012 (UTC)

Noticed an edit saying you recently got the game and plan to try it out in November....so..uh...you won't really be able to do that, sorry =|.

Servers are going down in november to prepare for the a Realm Reborn relaunch, and since the end of September you can't even register the cd key anymore on the square enix account website.

The good news is that you will be able to play normally once it relaunches, and will be able to download the new client for free since you own FFXIV already, and even better news is that the system requirements will be lower, so your laptop might handle it. The open beta shouldn't take that long to start as well, alpha is almost starting. DiamondEdge (talk) 18:32, October 9, 2012 (UTC)

I did not know that. Hmm. Guess I'll have to wait a bit longer then. Not that it'll make much of a difference if I already have to wait a month due to not being allowed to sit %)
In any case, thanks for the info! MirrorshardSceada 18:58, October 9, 2012 (UTC)

Hi. I noticed you voted in my arena, and I was just thinking that maybe you wanted to affiliate? I'll add a link to your "Office" and vice versa? Thanks :) -

Sure, feel free to go ahead, I'll update my affiliations in due time as well and then add your arena MirrorshardSceada 09:27, November 12, 2012 (UTC)

K, you'll get an image for your arena once it's been made. -

Hello. As a website, the wiki uses HTML as its foundation. The guide to how best to use HTML is written by W3C, and their specification is what all browsers follow. Since the latest versions of the standards do not support the font tag, there is a chance that browsers will drop support of it.

I hope it wouldn't be too much to ask to change your signature to the below:

If I happen to come across old versions of your signature while editing a page then I will update the code. But my main concern is stopping the proliferation of deprecated tags, so I would like all future uses of signatures to follow the standard. I hope you understand, and if you have any further questions feel free to ask. JBed (talk) 19:42, June 10, 2013 (UTC)

Going by your contribs, you haven't been on in quite a while, but I figure I might as well drop you a line here on the offchance. First of all, hi, how goes? And secondly, I did a thing that is an old thing that I half expect you don't even remember the final solution of by now :P -- Sorceror Nobody

Oh hi there! First things first: I'm doing better again these days than I have for a long time, a time which sadly saw me almost perform some dire mistakes that I luckily got out of by now. I'm being kept busy, largely by getting back into a working habit, playing FF XIV and my girlfriend. But I'm fine these days. How about you and Jimcloud?
Believe it or not... I still got that stuff on my system xD I'll set to add the next part in a few minutes MirrorshardSceada 18:15, November 11, 2014 (UTC)

We're still fine, or about as fine as we can be under the strain of being more than two and a half years into the relationship and still an ocean apart. Good to hear you're doing well. Can't believe I didn't get that clue at the time, though. I guess now the obligation will be to flail madly at the new one for a little while, then leave it to gather dust for another four years before suddenly figuring it out ; ) -- Sorceror Nobody

Hi, we are going through and removing walkthroughs that appear to be unfinished or abandoned. We have identified the following of your walkthroughs as abandoned:

If you wish to keep these walkthroughs, please edit them or move them to your userspace within the next two weeks. If you wish to move your walkthrough to userspace and do not know how, feel free to contact the staff for assistance.

Retrieved from "https://finalfantasy.fandom.com/wiki/User_talk:MirrorshardSceada?oldid=3212537"
Community content is available under CC-BY-SA unless otherwise noted.