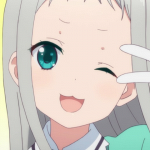 Please leave any messages that retain to any work you would like me to help with on the wiki. Depending on my current in real life status and difficulty of the task, I will try to get back to you as fast as I can and help with said task.

Yikes! It's been a while since we've talked...and you should probably archive some stuff so you don't get backed up too bad.

Anyway, Xeno says you might be able to help with a little bit of research that's got me stumped. I'd like to be able to determine whether the Japanese Final Fantasy Brigade app has been readied for iOS 8 and above and is 64-bit ready. What numbers I can glean from the write-up are these:

Thanks for getting back so quick. The information I'm actually looking for is written right within iTunes' description of the app. So, to get it, you basically set your store as the Japanese store, search out the title, and then there will be a link on the app's page from which you can read the version history. Amidst the stuff I cannot read is something about iOS 7. Doesn't seem to be much beyond that. I am going to have to put a splat on the application's listing in our App Store article unless you tell me otherwise. Thank you so much! Swordzmanp236 (talk) 19:42, August 13, 2017 (UTC)

Needed help for translating this one.

Hello! Are you still working on the removed abilities? If you want, I can help in searching for old patch notes. Maybe you could also create a changelog like this? MrAceAttorney (talk) 03:37, October 16, 2017 (UTC)

Should we gives the pics to the 8 Dragons in here?

Do you know if the JP version of the premium has additional signets? From what I can gather, they gave out a free one to the JP players who upgraded to the premium one. More info here here. Kimlasca warrior (talk) 03:02, January 23, 2018 (UTC)

Yeah I'm fully aware of the data transfer between the free-to-play to premium release. But nope, only the Warriors of Spacetime was the only summon added in the premium version. Other than that, all the cameo summons were axed from the free-to-play version of the game in the premium release. Hope this info was helpful to you. --Miphares (talk) 03:09, January 23, 2018 (UTC)

No problem lol. Quite a bit of time is a bit of an understatement lol, it actually added almost 14 extra hours to my already 120 hour playthrough of the game. I've actually have gotten all the summon ability images and 840 signet images, but I digress lol. @_@ Anyways yes, Chaotic Wave is indeed Chaos Wave, I've noticed the localization team renamed all the abilities with the name "Chaos" in it to "Chaotic", I guess to sound more grammatically correct. The localization for this game is a bit hit or miss, a lot of attack renaming or sometimes just making flat out mistranslations. --Miphares (talk) 21:40, February 4, 2018 (UTC)

Truly sorry my English grammer isn't the best as it isn't actually my native language. I just don't find the right wording or words at all in one editing session, then re-read it, and lots of things going in the the head so yeah. --Shockwavepulsar (talk) 13:34, January 10, 2019 (UTC)

Haha, it's no big deal, no need to apologize kiddo. Totally understandable if it isn't your native language. I just felt the need to do a friendly reminder on it. I tend to do it sometimes when I edit. :P --Miphares (talk) 13:39, January 10, 2019 (UTC)

Sounds good, go for it. I haven't been on the Recent Changes page in ages, who knows what is happening at the rest of the wiki! I'll have some catching up to do.Keltainentoukokuu (talk) 08:31, April 16, 2019 (UTC)

I have a question about your recent edit on that page. By WoD you meant Warriors of Darkness section, right? I have first lorebook too (in English), and I only found mention of Mitron there. Could you tell me where did you find Loghrif?--LeafShinobi (talk) 22:10, November 16, 2019 (UTC)

Well, about your most recent edit and its comment, we can't be sure if Loghrif wasn't alive during game as whole -- (s)he isn't credited in the dialogues in the 2.3 scene, but there are more Ascians then. With differences in the flow of time, I guess Mitron and Loghrif could easily be killed between 2.3 and ending of 3.0, and (though I'm not sure if they were killed permanently then) I think Nabriales was the first killed permanently, guessing by Lahabrea's comment in 2.55.--LeafShinobi (talk) 20:39, November 17, 2019 (UTC)

How to news, then?

OK I get it. We’re not this thing or that thing or something else we’re not. You could carry ever on with what we are not. If you want to criticize me, then do so to my face rather than shaming me in public, please.

We’re supposed to be a Final Fantasy fan site, true. I consider it a privilege to be a longtime fan of the series. And to that end, it is also a privilege to be able to report on the games within that series. Yes, things did get out of hand with Shinra News, but few others were interested in keeping up. At that time also, there wasn’t all that much release news to go around. I wanted to fill in the gaps with other stuff that might have had a significant impact on how we play. But even this was too much.

With respect to patch news, I do agree that we need to keep better tabs on this stuff elsewhere. But I’m just one out of a crowd, and cannot expect to keep up with everything I play. That’s where other folks can help, I think.

With that said, we could do a better job flagging this kind of thing on Twitter or Facebook or whatever social suits, but when it is structured in such a way that one or two games grab over 90% of the space, it doesn’t seem to mesh with that we are a Final Fantasy fansite; instead, it looks like we’re ONLY interested in FFXIV or Opera Omnia or...you fill in the blank.

The FFVIIIR patch stood out for me not because I own a PlayStation, but because it took three months to get the first one and fix this one little thing that was driving me nuts as a player. I didn’t really know about the other stuff what got packed in until after I read the bullet points. And it seemed to have impacted everyone who has played, unless you can find me a source that says it was *just* a PS4 glitch.

I’ve actually started a discussion on the list of bugs and glitches page. Mobile games are full of these, so I’d like your input as to what goes on when we cover a bug or a glitch that happens in one. They often patch very quickly if one makes enough noise.

Sorry for the late reply. Look, I apologize if I may have come across as hostile in that summary, and I'm not going to argue whether it was right or not to do so publicly. It was not any form of personal attack on you as much as it may have seemed, it was just more of a reminder on something we've been saying for months at this point. It gets tiring having to write the constant reminders, then it constantly seems to go on deaf ears. :(

However the point is, a lot of the main staff have even gone on the record to say patch updates are not news worthy. If we do it, it should be for all titles, not just the ones you or some people play, and that is a strenuous and overall pointless task. When I say this, I mean every title with bugs and hotfixes; FFXI, FFXIV, FFVIII Remastered, FFIX PS4, FFVII PS4, etc, etc, etc. It would be a pointless task, and not needed.

If you feel that we need them recorded in some fashion make the pages for those if you so desire. I personally feel that could be helpful, and then link it in a "See Also" section of in the main template.

However, this should not be on the news for our wiki in my personal belief, it would just stuff the news template with pointless bug fix news that can be found on their consoles auto-updating/news feed, or with official sources. We've stated before, it is not the wiki's responsibility to do so. We also even repost some of this on the twitter iirc, mainly so the wiki doesn't have to.

When it comes to stuff that is news worthy I believe the following things would be: game announcements, trailers, interviews, releases. Also even releases on FFXIV main patch dumps (Since they are treated as a new game), same even goes for big DLCs for console games such as FFXV and DFFNT, etc. And before the question arises, mobile games have their own official news sources for their players to follow, and also mobile game updates with new characters and other events happen much more commonly that say a console game. Stuff like bug fixes, a new character in Dissidia OO, a new job in Mobius, the release of Realm Dungeons in FFRK, etc. However, if anything from these titles could be news worthy, at least in my opinion, it would be the announcement of a story season ending and beginning in a mobile title.

Retrieved from "https://finalfantasy.fandom.com/wiki/User_talk:Miphares?oldid=3213885"
Community content is available under CC-BY-SA unless otherwise noted.