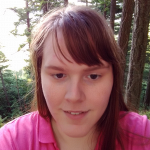 Are you gonna add to the guide. Since the original 6 pages, there had been nothing new.

You've hidden your true identity well, although I feel that right there on your userpage is a mass giveaway. I thought it might be better to type this on your new talkpage and be cryptic about it, but I don't feel a need. You appear to share things in common, yet I hardly have compared you two. And I like Master Conjurer more. :3  ILHI 19:07, 16 August 2009 (UTC)

How do you see the wiki?Edit

I got over the stupid reasons for making a new one. I might as well use the profile that holds a decent reputation. Master Conjurer 05:03, January 21, 2010 (UTC)

Need Help If I Can Get it! D: Edit

The colors on my template change often. You just need to purge the page or, even more simply, highlight the text. Master Conjurer 20:06, January 28, 2010 (UTC)

There are no real versions or set combinations. The text color is chosen at random from all colors possiblie on the Internet, then the background color is chosen the same way. This happens every time you enter a new page that has my template on it. It's annoying about a third of the time, given realistic probability. A bit much, I know, but I'm just a nut for all things random. Master Conjurer 16:18, January 29, 2010 (UTC)

You have no idea how much work that would take. Because Wikia disables the use of variables, I cannot program the template to remember what one color is and change the other accordingly. As a result, disabling certain combinations would take disabling a large number of colors. Master Conjurer 16:29, January 29, 2010 (UTC)

Or you could just use the select-option tags to create a few different options, like i do on my Random Quote function Uppfinnarn 16:34, January 29, 2010 (UTC)

I used to do that. (Believe it or not, I was the first FFWiki user to have my own random quote template.) I switched to this way because I like it better. Master Conjurer 16:37, January 29, 2010 (UTC)

O_o You were the first? I came up with that idea myself actually... I were the one who added the New Section function to the whole forum :D And what exactly is more manageable? You just have it randomize a hexadecimal color value twice, why don't you just make your Template:MC page pass a random color scheme to the template which it chooses from a list, and use that? Uppfinnarn 16:44, January 29, 2010 (UTC)

As it is now, there's a large chance that your messages are completely unreadable instead Uppfinnarn 15:58, January 30, 2010 (UTC)

Your DNC vote has been removed. Your sig should clearly display your username, please change it. Doreiku Kuroofangu 03:02, September 18, 2010 (UTC)

I guess I can simply revert it to a previous version. I would like a reply to the effect of telling me whether or not Al Bhed is OK, given that it is fairly legible. Master Conjurer 18:19, September 22, 2010 (UTC)

You have some fascinating code. Edit

I went in to find out what made your templates tick and, just wow. Are you a fellow programmer? Bluestarultor

Haha! Awesome! XD
If you ever want to talk shop, feel free to hit me up. ;) Bluestarultor

Unfortunately, no. I am versed in Silverlight, though. If you could use something that is like Flash, that would probably do. I'm guessing not, though; sorry. Master Conjurer 03:27, December 14, 2010 (UTC)

Right now, no. If you ask me on Saturday, after my last final is over, I will definitely give it a shot. Right now, though, I am studying and nothing else. Master Conjurer 03:09, December 16, 2010 (UTC)

Why am I a sore loser? Terra won, 50-48. TA can call the DNC verdict as he likes, but I'm not letting the verdict be overturned on a technicality and a last-minute change of heart on TA's part. DoreikuKuroofangu - Visit the Soul Shrine! 21:53, December 24, 2010 (UTC)

Also, if you'd like to discuss this further I'm on the IRC as I frequently am, feel free to come aboard. DoreikuKuroofangu - Visit the Soul Shrine! 21:56, December 24, 2010 (UTC)

Actually I did no such thing, I was unsure if we were doing them or not for the finals and left the sections there because that was how BH coded them up. In fact you can see right at the top of the peanut gallery I was unsure if anon voters were allowed or not this time. It was TA who declared, multiple times, that the DNC standard rules were to apply, and thus the anon votes should count. This "unwritten rule" that anon votes cannot influence the verdict is simply an asspull, no one else has ever been aware of this rule, TA did not indicate to anyone he planned to disregard the anon votes, this decision came out of nowhere without warning. You can call me biased if you like, but TA is probably just as biased himself, as are you. DoreikuKuroofangu - Visit the Soul Shrine! 23:09, December 26, 2010 (UTC)

Eh? When IP votes become hugely disproportionate to the registered voters, then something is clearly going on, and action has to be taken. He didn't plan to disregard the anon votes until he saw that it was hugely disproportionate to the registered votes. It wasn't his plan all along. And he references a previous fight where the same thing had to be done, and if you try to check, you'll find it was done. 80.42.254.246 23:18, December 26, 2010 (UTC)

Drake, check the contributions of some of those voters. There was cheating going on. Obvious cheating. People were coming in with seeming knowledge of the wiki and zero previous contributions on their IPs. I checked myself. Someone, either a dedicated few, or several people, were either logging out to vote anon, or using proxies, or some means of inflating anonymous votes. Bluestarultor

No, I voted in the registered section which TA removed, given how strongly we reacted when we discovered the sockpuppets you really think I would then stoop that low? I am genuinely insulted you think such of me. DoreikuKuroofangu - Visit the Soul Shrine! 00:13, December 27, 2010 (UTC)

I was going to blow this off and mentally label you "mildly childish." Then, however, you told me to fuck myself in the IRC when I made a small joke about one of your writing habits. After that, I have to consider you incredibly immature until you can show me otherwise. Master Conjurer 00:26, December 27, 2010 (UTC)

Well I apologize for that then, but I am very protective of my writing, it's one of the few things I'm proud of on a personal level. As for my maturity, if you think I'm one to stoop to cheating then you obviously know absolutely nothing about me and thus any opinion you have of me is meaningless. DoreikuKuroofangu - Visit the Soul Shrine! 02:07, December 27, 2010 (UTC)

Retrieved from "https://finalfantasy.fandom.com/wiki/User_talk:Master_Conjurer?oldid=2397547"
Community content is available under CC-BY-SA unless otherwise noted.