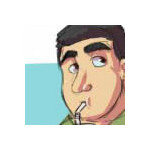 Thanks for all the Brigade images :). Just a few questions: is this image Vorpal or Circle Blade? Also, are there character portraits for people like Locke (since you've found ones for Cecil and others)? Just wondering. -Shockstorm (talk) 20:10, September 8, 2012 (UTC)

Now I'll always associate Daewoo with Black Mages xD do you have the novelisations yourself? So you actually know by reading them what they are called? Tia-Lewise

Found the names in a blurb of the novel on the JPN wiki so I dug around a bit more and found which name went to which class on a blog. Still looking for a good summary right now. The names are written in Japanese as ゼスト (Zest) ザウバー (Sauber), テウ (Daewoo) and フロウ (Floe) Lycropath (talk) 09:53, November 3, 2012 (UTC)

It's good to have that sort of info here, thanks for finding that. Also, stick four tildes after your posts (~~~~) and that will sign your post with your username, so we know it's you who wrote it without us digging through the history. Thanks again! Tia-Lewise

That's alright, it's not something we tell people off for, we just poke them in the right direction :) come to any of us anytime if you need further help. Tia-Lewise

Hey there, there was a typo in the categorising of one photo you just uploaded, and a lack of categorising in another, just letting you know I fixed them up for you :) Tia-Lewise

I'm going through the Unused Images, and there are a fair few XIV images uploaded by yourself that aren't in place on any article. Because the policy is that an image must go somewhere or be deleted, and I don't know a single thing about XIV to be able to do this myself, if you have the time, do you fancy moving your images into articles they might suit? Thanks ^_^ Tia-Lewise

Please remember to add categories to your images as well as licenses. On the three you just uploaded, you failed to add in [[Category:Final Fantasy XIV Images]]. I'll do this for you now but please remember in the future. Tia-Lewise

Retrieved from "https://finalfantasy.fandom.com/wiki/User_talk:Lycropath?oldid=3259394"
Community content is available under CC-BY-SA unless otherwise noted.