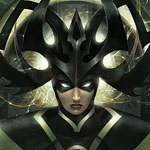 Some other people have been adding them already, so I think a lot of them are already done. Which is good, cause I really didn't want to have to do that again. XD

Plus, then museum section doesn't seem to unlock until after you finish the storyline.

But, feel free to go over them and add or change, if needed. -- Lycentia

No problem. I'm glad someone is taking the initiative and making the pages. DoreikuKuroofangu 13:43, March 25, 2011 (UTC)

I'm gonna have to keep an eye out so I can design more of them, but not only will we have images of them, thanks to SN there's coding to display them on the map templates, underneath the Battle Piece icons if needed - check it out. DoreikuKuroofangu 21:00, March 28, 2011 (UTC)

Sorry, but the wiki has a policy that only art from Square and self-made fanart can be uploaded. Unless you made that avatar yourself in a photo editor (in which case I greatly envy your skills @_@), it doesn't fall under what's allowed. Sorry. Bluestarultor

I just thought you should know. I do that stuff. It does look great, though. I'm not going to sell you out or anything. Just be aware that they might not let you keep it once they find it. Bluestarultor

If I might give you a tip Lycentia: In order to avoid the possibility of having the picture deleted, upload it to photobucket and link to it. An example on how to do so can be found on SN's talkpage (or on mine, mind you). That way, no one can delete your image, which is btw awesome. MirrorshardSceada 08:35, April 8, 2011 (UTC)

Confessions of the Creator Edit

Ah, I see you're working with the page too... I'm also constructing a map with gateways, teleport stones and moogle shops for the overview like the one you linked there. Hope I can get it done tomorrow. ^^

Well yeah, rookie mistake. ^^ I'm starting with the maps, and if I'm still motivated, the battle pieces might follow. :P

Which ones do you mean? The character specific one's? You have to level up the special weapons Lv.1/30/90/100 one step after another. Lv1/30 can mostly be made from normal weapons, Scarletite (buy from CotC Mount Gulg Moogle) and the respective desire items. Lv. 90 is with the special Lv. 30 weapons + Electrum (can be found in the Forsaken Land Gateway) + respective dream items. Lv. 100 is with special Lv. 90 weapons + respective special item (found in The Dragon King's Gateway randomly, which can be a b*tch because it's random based) + respective hope items. Vivastpauli 16:48, May 4, 2011 (UTC)

are you the same lycentia how use to play eq on playstation? if so shoot me a email scenshal@yahoo.com

Hi! I was looking at the Job paths you made for some of the Tactics games and I was wondering what program you used to make them? Also, are you the same Lycentia of Sailor Moon sprites?  Cecily

I seem to recall that I used Photoshop to put those images together. And yes, I am.  Lycentia

Just wanted to wish you a quick welcome back to the wiki after all these years. I've updated your user rights accordingly - sometime in the last five years Wikia powered by Fandom powered by Wikia added a new group called content moderater, and all active mods were updated accordingly. Since you're now active again, it's only fair for you to have the privileges as well. The rights include:

Thank you. I shall try to restrain myself from getting drunk on my newfound power ^_^ -- Lycentia

Per Scathe: welcome back! Great work so far, keep it up!--

Hi. Could you correct the section of Seymour FFX2 (Playable)?. The skills that you can learn naturally are: Attack, Demi, Flare, Requiem, the other skills (Black Sky, Meteor, Hero Drinks) mentioned are only obtained with items, grids and dresspheres, plus, those skills most (if not all) ) playable fiends can be learned by the same method of items, etc.

And another detail that I do not know if it is worth mentioning: Requiem is a non-elemetal physical attack on all enemies. (I checked it when fighting against enemies immune to physical attack (Seymour use requiem and didn't harm them))

I've made the edits. In the future, you can make edits like that yourself, you know? We won't bite you. :) -- Lycentia

That game was missing like...everything. It was mainly the Twilight Man working on it (and super props to him). Not too many people played it I guess.Keltainentoukokuu (talk) 17:55, May 29, 2019 (UTC)

Yeah, I noticed it was a little scarce when I came to look something up. I don't know why. It isn't a bad game. Though, I guess it is kinda niche. It's like Final Fantasy and Pokemon had a baby.
Major props to Twilight Man for all the data he collected. Thanks to him, I can start some pages for the enemies I haven't encountered yet. Always nice to get a jump start on things. -- Lycentia

I think the tables actually look pretty good, but if these are to be turned into templates, I personally think the Mirage names get lost in the "class b" cell coloring, so I would remove those.
Since we don't have a way of seeing into the enemies' stats beyond HP, resistances, EXP and gil earned—unless someone is willing to hack into the game to do so—I wouldn't worry about adding those in for now (as they'd end up having question marks like most of the enemy infoboxes).

I think having each stack listed by location sounds like a better idea, because if viewers want to see which stacks certain Mirages are found in, a sortable table listing each stack/Mirage could be created for that purpose. --Twilight Man (talk) 22:11, June 2, 2019 (UTC)

Hey Lycentia! Great job on the wiki icon for FFVIIR! I was wondering if you'd be able to make a navbox/infobox theme header background image for Template:Navbox FFVIIR and its infoboxes similar to File:FFVII theme header background.png? If the black can be removed from the background, anyway -- unless we should make it work so that it has a black gradient on the navboxes instead of white? Thanks in advance!--

Retrieved from "https://finalfantasy.fandom.com/wiki/User_talk:Lycentia?oldid=3138545"
Community content is available under CC-BY-SA unless otherwise noted.